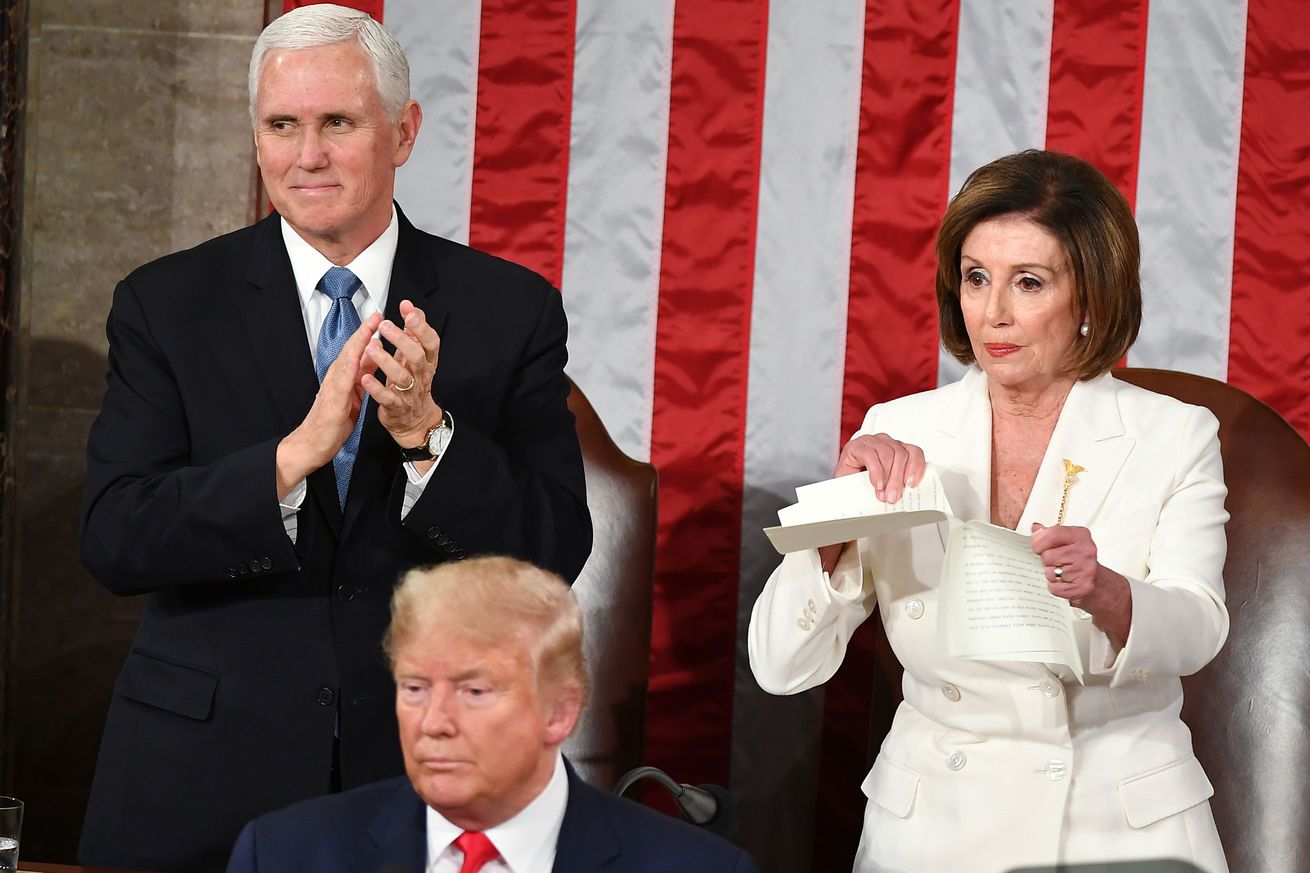 A new video promoted by President Trump is testing the altered media limits put in place at Facebook, Twitter, and YouTube, offering a provocatively edited version of an incident at the end of the recent State of the Union.

At the close of Tuesday night’s State of the Union, House Speaker Nancy Pelosi publicly tore up her copy of the president’s speech as a symbolic rebuke. The action has incensed Republicans who see it as disrespectful to the people named in the speech, which include a former Tuskegee Airman and a single-mother family whose daughter received a scholarship that night.

But a new video promoted by Trump across multiple channels shows an altered chronology of that event, with Pelosi tearing up the speech in immediate…