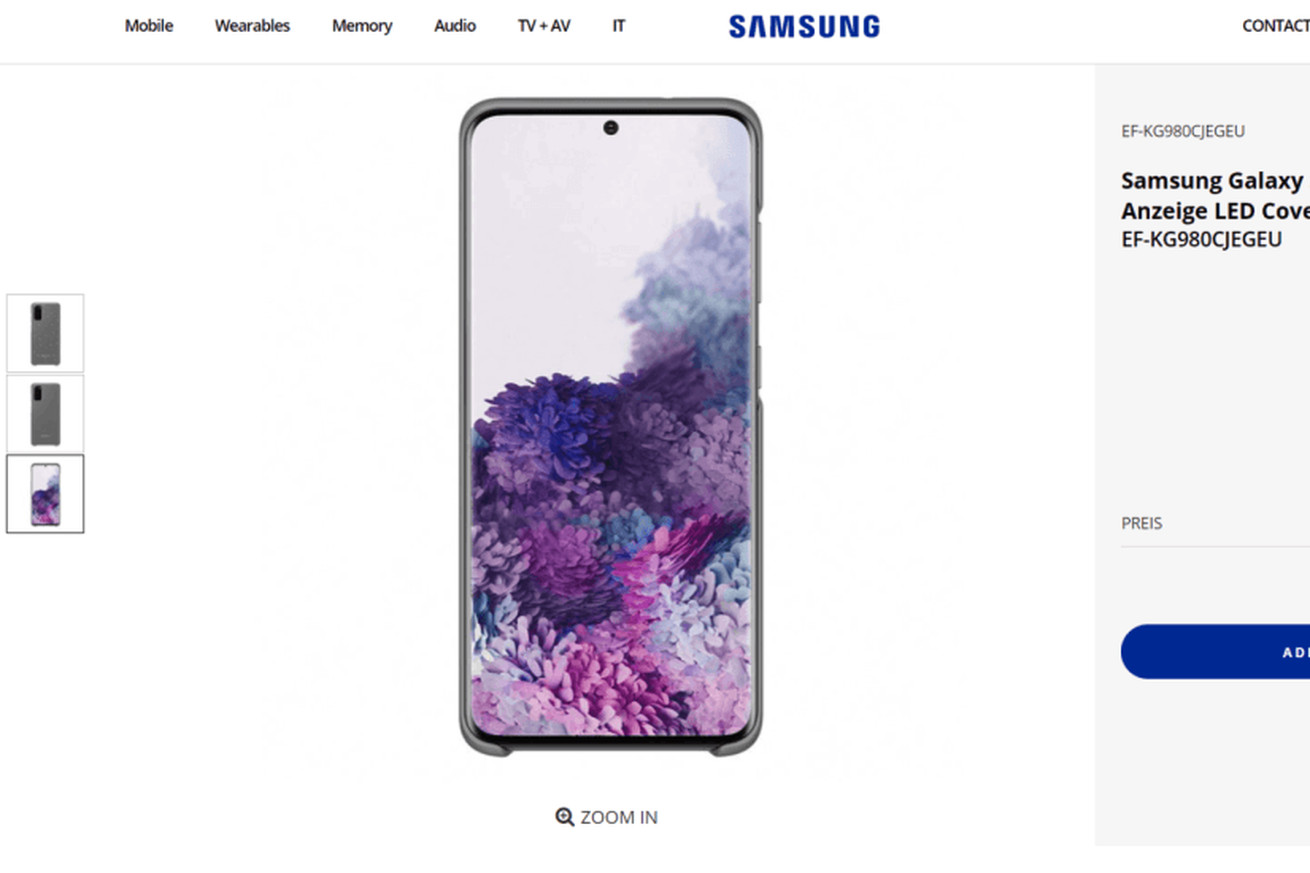 Samsung appears to have accidentally revealed the Galaxy S20 in a set of leaked marketing images posted to its own website, as spotted by WinFuture.

The images confirm a few things that were already rumored about the phone, including the Galaxy S20 name (instead of the S11, which would technically be next by current Galaxy naming standards), a hole-punch selfie camera, and a tall camera bump. The screenshots also revealed a new gray case with LEDs, which is similar to the LED case Samsung released for last year’s Galaxy S10.

The images of the Galaxy S20, which were apparently posted on Samsung’s online store in a European country, were pulled quickly, according to WinFuture. This isn’t the first time…