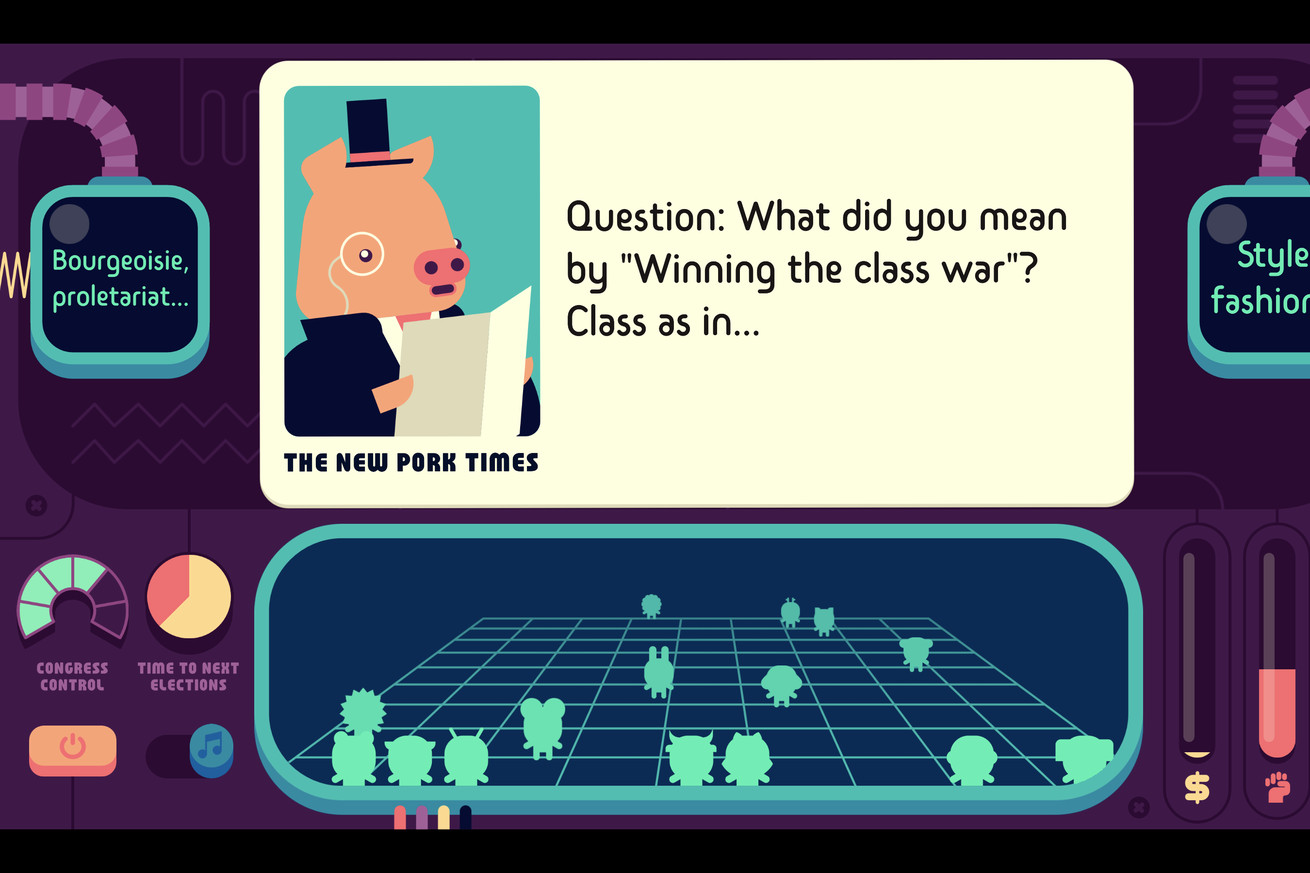 There are simulation games that try to be neutral. SimCity never lays out its philosophy of urban planning. Democracy lets you rewrite its rules to role-play any democratic system. These are games that aim to reflect reality, and sometimes, developers even recoil at the idea that they have an ideology at all.

Democratic Socialism Simulator is not that kind of allegedly dispassionate system. It’s a new project from Molleindustria, the studio founded by Carnegie Mellon professor and developer Paolo Pedercini, known for games like Phone Story and Every Day the Same Dream. Part wry edutainment and part leftist in-joke, DSS makes you the first Democratic Socialist president of America and then pelts you with scandals, lobbyists, and impending…