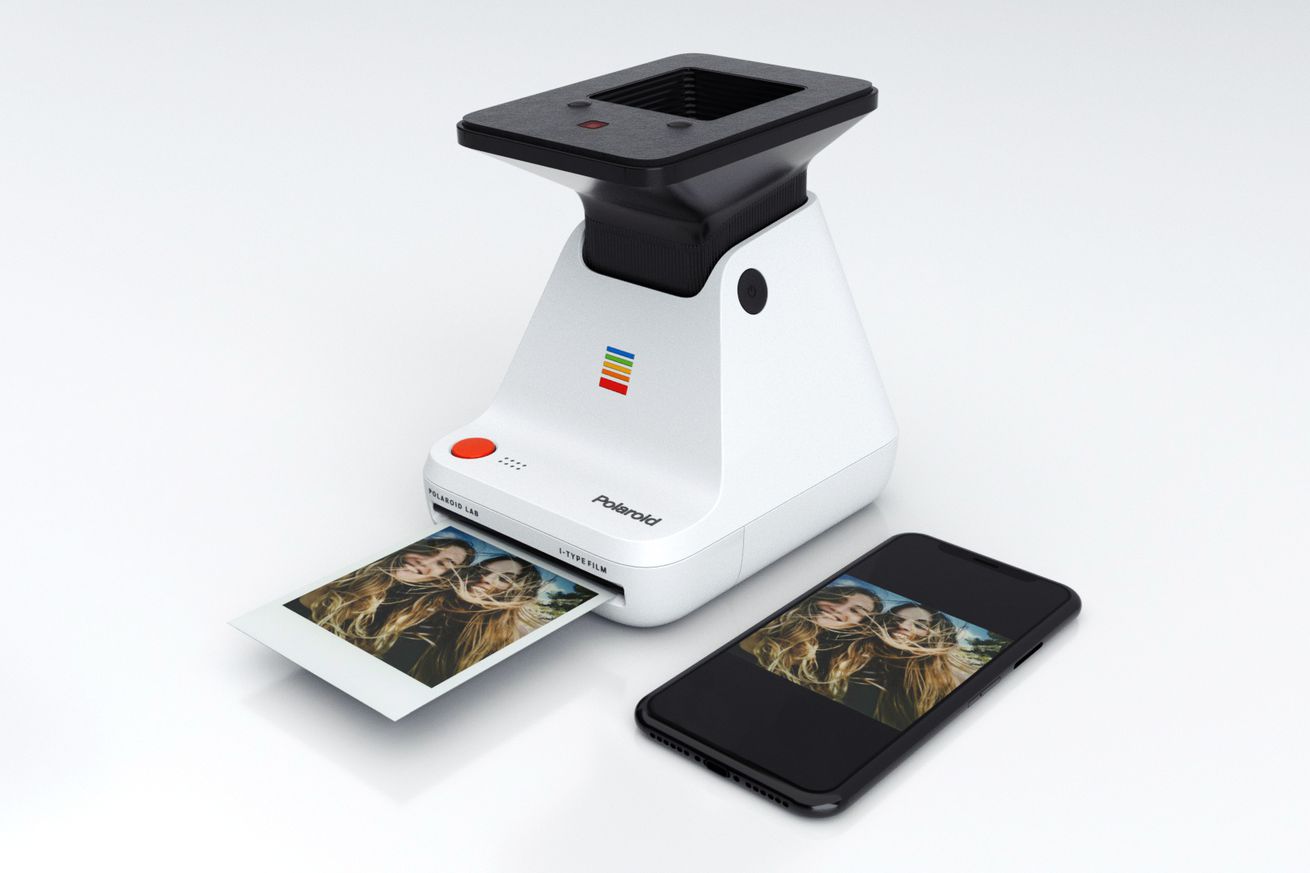 Polaroid Originals announced its first Polaroid printer today — the Polaroid Lab — allowing you to print photos taken on your phone.

The Lab, an update to Impossible Project’s Instant Lab from seven years ago, has a camera inside with three lenses that, essentially, take a photo of a photo that’s on a user’s phone. It then optimizes the image for film and prints it out. It’s supposed to work with the iPhone 6 and up and “most” Android devices. It charges over Micro USB, with Polaroid saying one charge should last a month. It’ll cost $100 when it’s eventually released later this year, and it accepts any film, except the SX-70.

The Lab requires users to have the Polaroid Originals app installed on their phone, from which they can tinker…