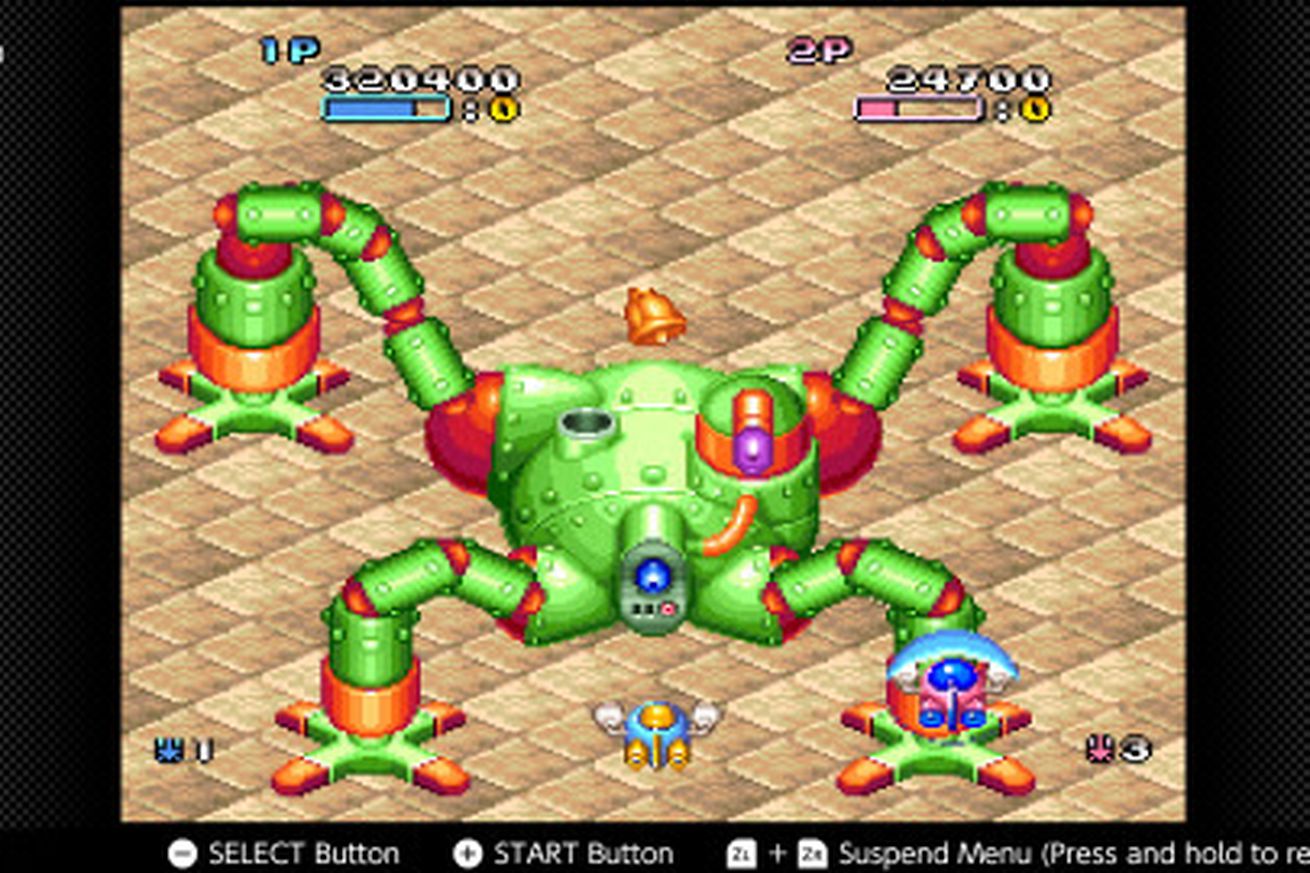 Nintendo isn’t just playing the hits when it comes to adding NES and SNES games to its Switch Online service. The latest additions are some pretty deep cuts, including two SNES titles that were never before released in the US.

The SNES titles are Pop’n Twinbee, the sixth entry in Konami’s colorful Twinbee “cute-em-up” series, and Namco’s Smash Tennis. Both of these games were translated into English and saw release in Europe as well as Japan, but neither series ever really took off stateside.

Also coming this month are Natsume’s hardcore side-scrolling NES action game Shadow of the Ninja and something called Eliminator Boat Duel, which I confess I have never heard of, but it looks pretty wild for a NES game about powerboats. All four…