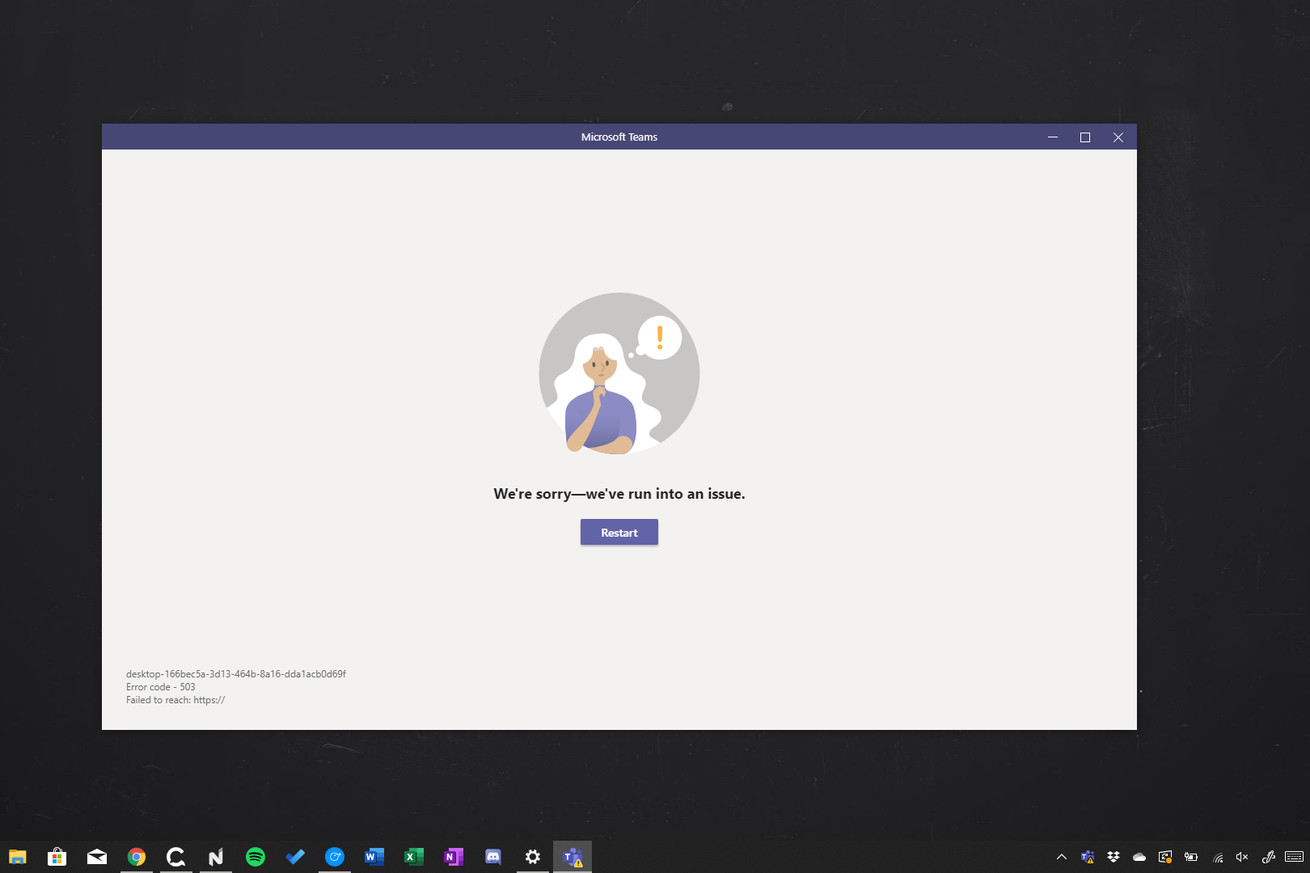 Microsoft Teams went down this morning for nearly three hours after Microsoft forgot to renew a critical security certificate. Users of Microsoft’s Slack competitor were met with error messages attempting to sign into the service on Monday morning, with the app noting it had failed to establish an HTTPS connection to Microsoft’s servers.

Microsoft confirmed the Teams service was down just after 9AM ET today, and then later revealed the source of the issue. “We’ve determined that an authentication certificate has expired causing users to have issues using the service,” explains Microsoft’s outage notification. Microsoft then started rolling the fix out at 11:20AM ET, and by 12PM ET the service was restored for most affected users.