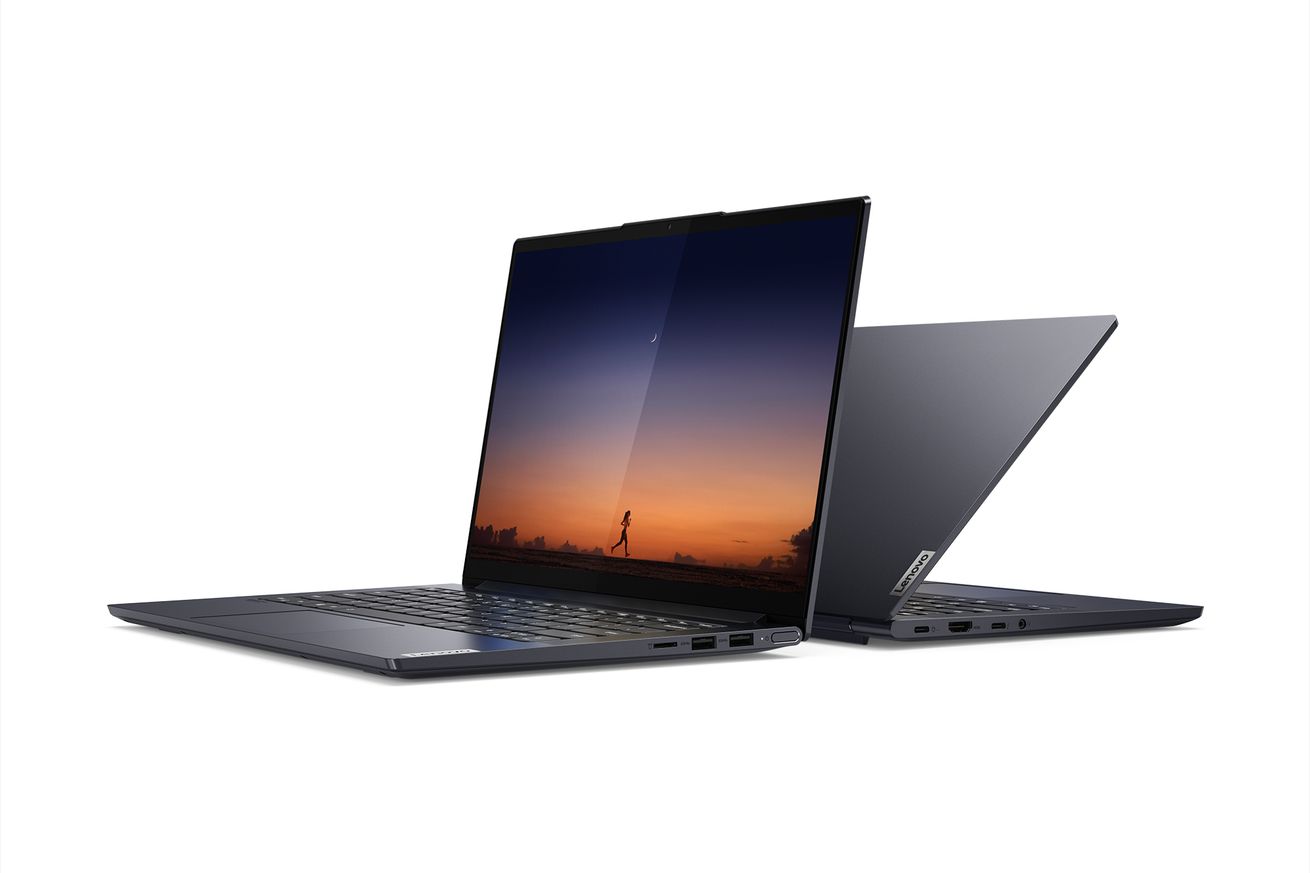 AMD hasn’t even officially announced its Ryzen 4000 processors yet, but Lenovo is already offering us a first glimpse at a laptop that will ship in April with the new chips. The Yoga Slim 7 is new and improved for 2020, and Lenovo is offering two versions of the 14-inch laptop with either AMD’s Ryzen 4000 series chips or Intel’s 10th Gen Core i7.

The choice between Intel and AMD will undoubtedly come down to budget versus performance, as Lenovo is pricing the AMD version of this 14-inch laptop starting at just $849.99 compared to the starting price of the Intel version at $1,209.99.

AMD hasn’t fully detailed its Ryzen 4000 processors just yet, so it’s unclear exactly what chip will power this Yoga Slim 7. We do know that the Ryzen 4000…