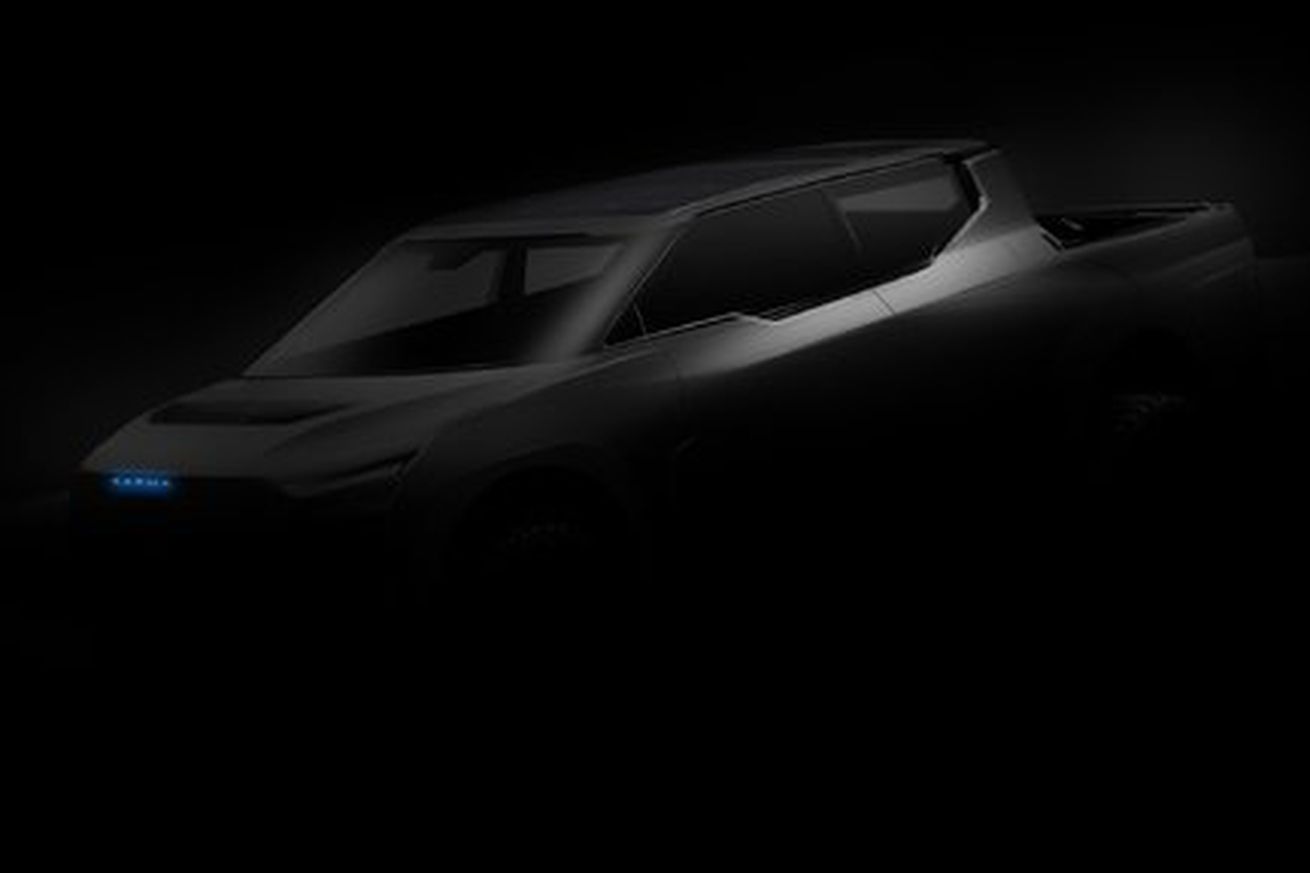 Karma has released a teaser image of its upcoming pickup. | Image: Karma Automotive

Karma Automotive, the automaker previously known as Fisker Automotive, is working on an electric pickup truck and SUV, Bloomberg reports. The company plans to show off a concept version of the pickup before the end of the year, and eventually sell it with a starting price that’s less than its $135,000 Karma Revero. Both vehicles will be based around a new all-wheel-drive platform which will be built at the automaker’s factory in Southern California.

In order for the vehicles to be a success, Karma Automotive will have to prove that it’s moved on from the failed Fisker Automotive brand, which was purchased and rebranded by China’s Wanxiang Group in 2014. Wanxiang changed the company’s name to Karma, and rebranded its hybrid sports car,…