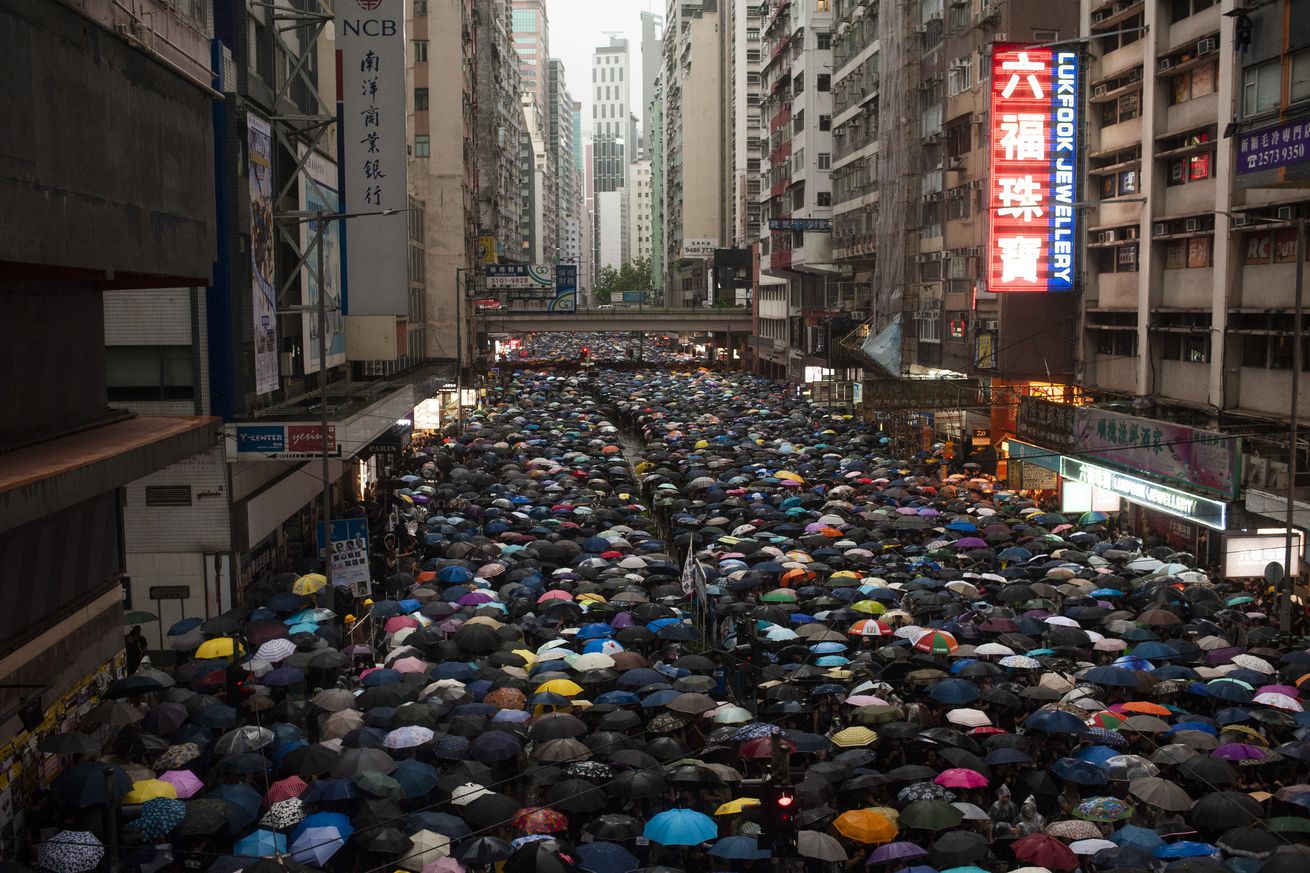 Protesters in Hong Kong march over the weekend. Over 1 million Hong Kongese protesters filled the streets of Hong Kong Island to protest against police brutality and other grievances | Photo by Matthew Hatcher/SOPA Images/LightRocket via Getty Images

For the past 11 weeks, protesters in Hong Kong have marched in response to creeping authoritarianism from Beijing. The protesters seek the resignation of Hong Kong’s chief executive, an inquiry into excessive force on the part of police, and the release of political prisoners. An estimated 1 million people marched over the weekend, producing stirring images of a still-somewhat-free people striving to remain that way.

The protesters have roused much sympathy outside of China, with thousands of people joining in solidarity marches around the world. Global opinion is hardening against China, and US social networks remain a vital source of information in Hong Kong, where they are accessible even to those who are not using VPNs. And if all…