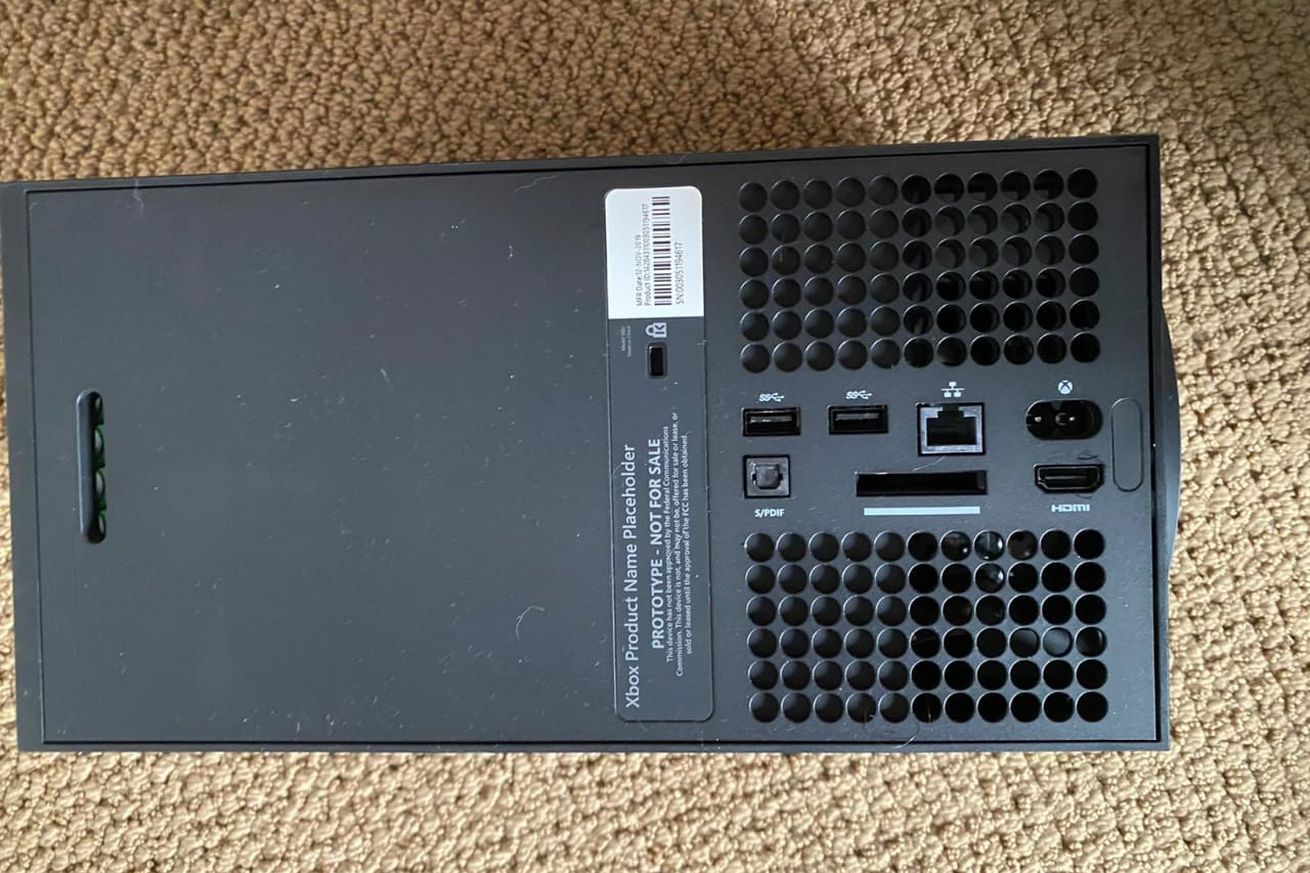 The back panel of the Xbox Series X has been the subject of heightened speculation ever since AMD used a fake render of the upcoming console as part of its CES presentation. Now, alleged photos have appeared online of a prototype unit that may give some indication as to what Microsoft is preparing to ship.

First appearing on Twitter and corroborated as authentic by Thurrott’s Brad Sams, the images show the Series X’s vents, two USB-A ports on the back, one on the front, a single HDMI-out, an optical audio port, Ethernet, and a power-in. A further mysterious rectangular port is for diagnostics, according to Sams. The unit is marked with a serial number and labeled as “Xbox Product Name Placeholder.”

Even assuming the photos’ authenticity,…