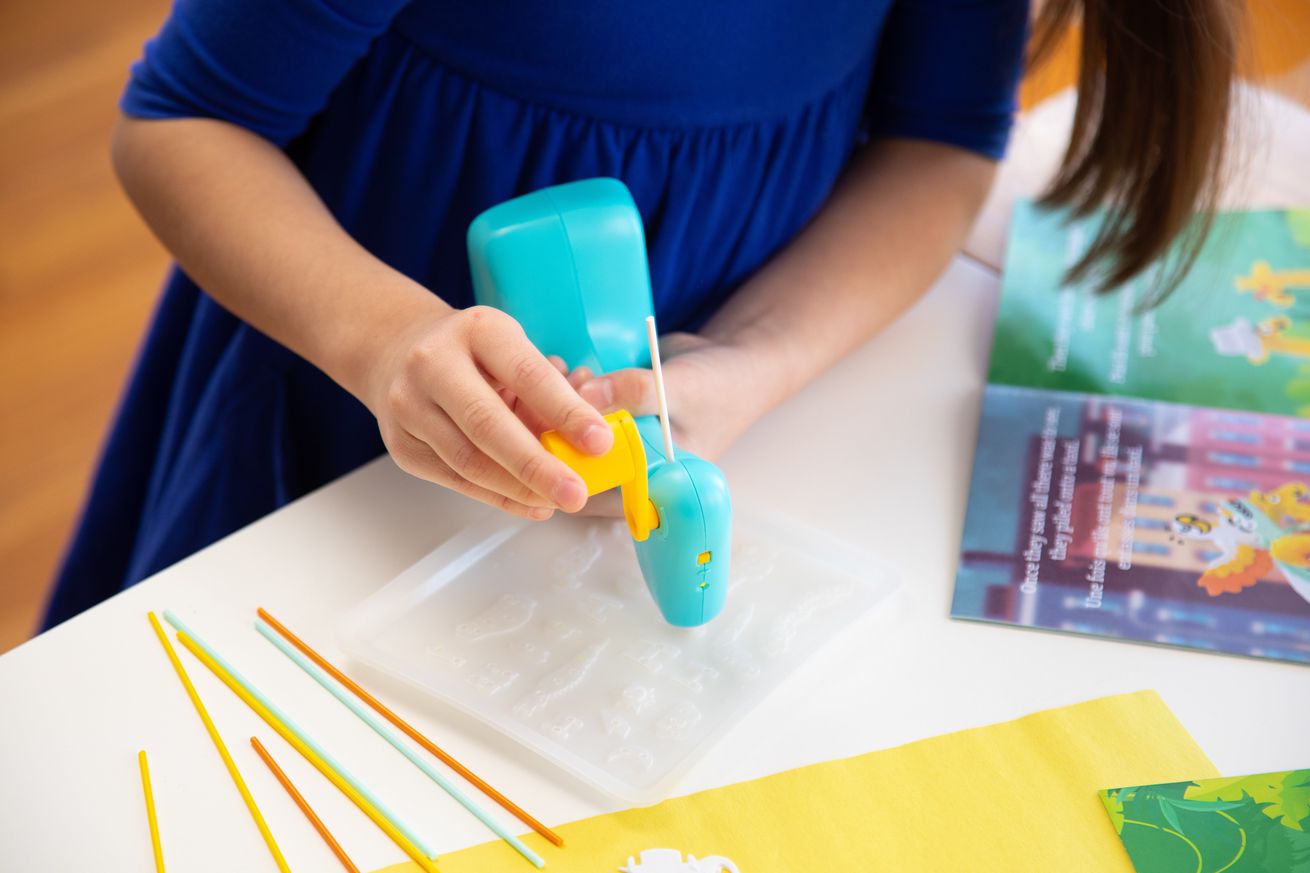 3Doodler, the company behind the 3D-printing pen that lets users draw 3D structures in midair, is introducing a new toy for preschoolers and kindergartners. Called 3D Build and Play, the device looks a lot like a glue gun with a crank, letting kids fill molds with plastic filaments that can be assembled into figurines. At $29.99, it’s one of the most affordable 3D-printing products around and is also safe for kids as young as four years old.

Since first launching on Kickstarter in 2013, 3Doodler has introduced updated iterations of its 3D pen, including a more professional model that can use wood, copper, and bronze filaments. The 3D Build and Play is a dramatically different version that’s specifically made for young kids, guiding them…