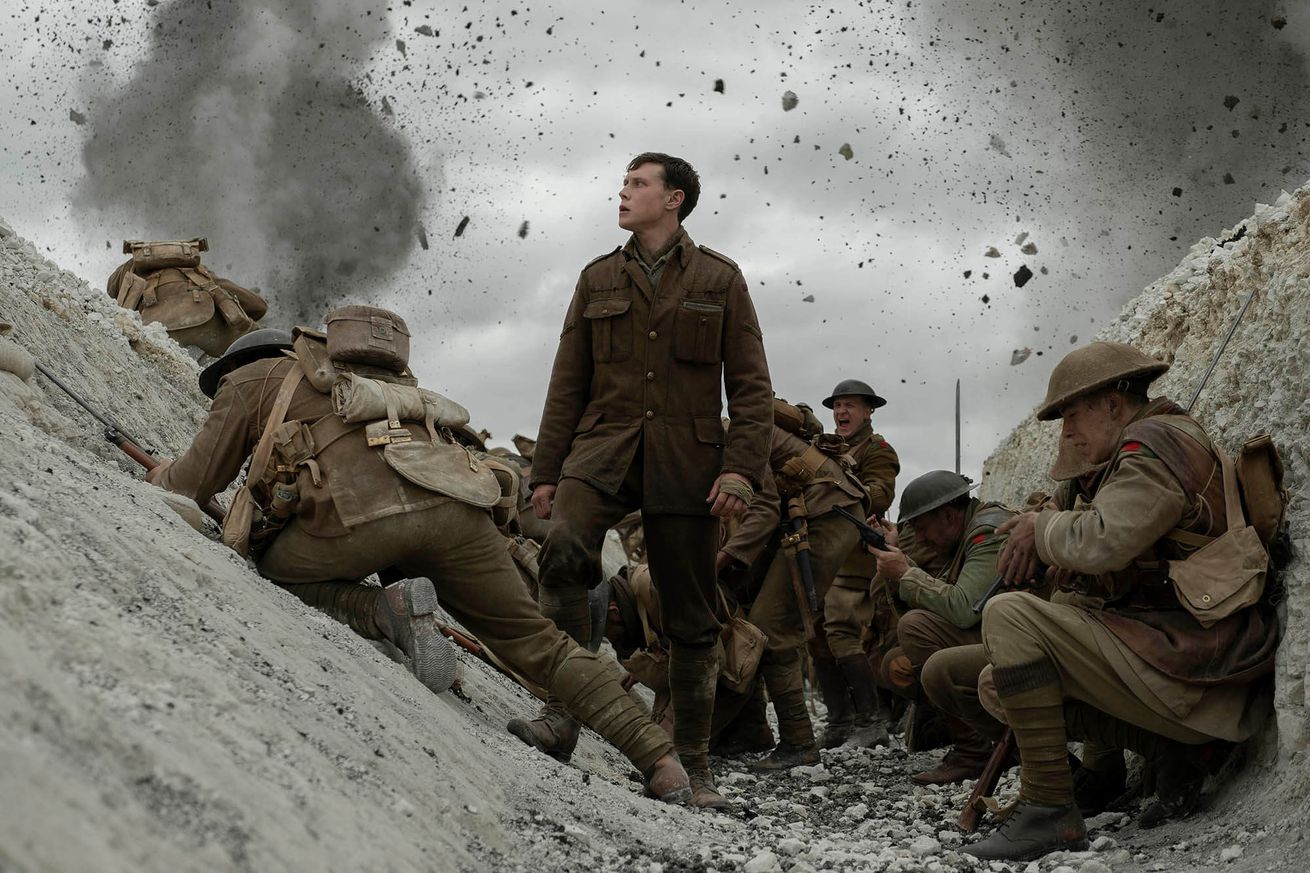 1917 is a bit of a brag track, a cinematic flex by people who are really damn good with a camera. The World War I film from Skyfall director Sam Mendes is made to look like one continuous shot, a harrowing nonstop journey through war-torn France in the first modern conflict. After winning Best Drama Motion Picture at the Golden Globe Awards last weekend, it’s easy to imagine a world where it kills at the upcoming Oscars. It hits a lot of the right notes. 1917 is a solemn war movie with popular appeal, the kind of thing that makes award nominations guaranteed. But it’s also hollow, lacking the emotional heart that makes the genre more than empty spectacle.