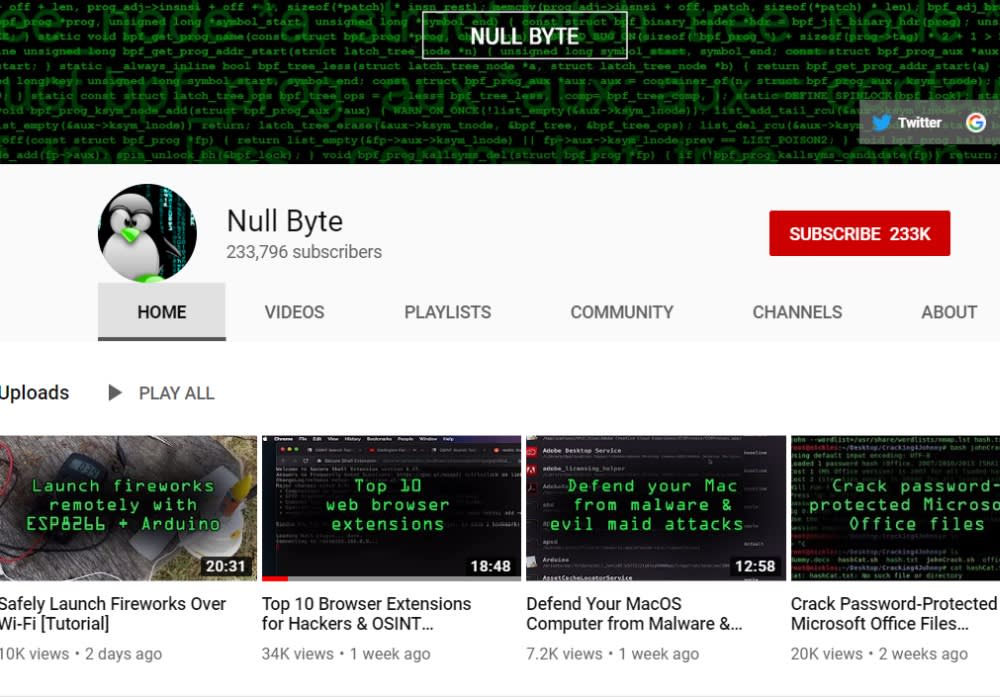 This week Kody Kinzie, co-founder of the ethical hacker group Hacker Interchange, reported that its YouTube channel had received a strike for breaking one of its rules. Which rule? A ban against "Instructional hacking and phishing: Showing users how…