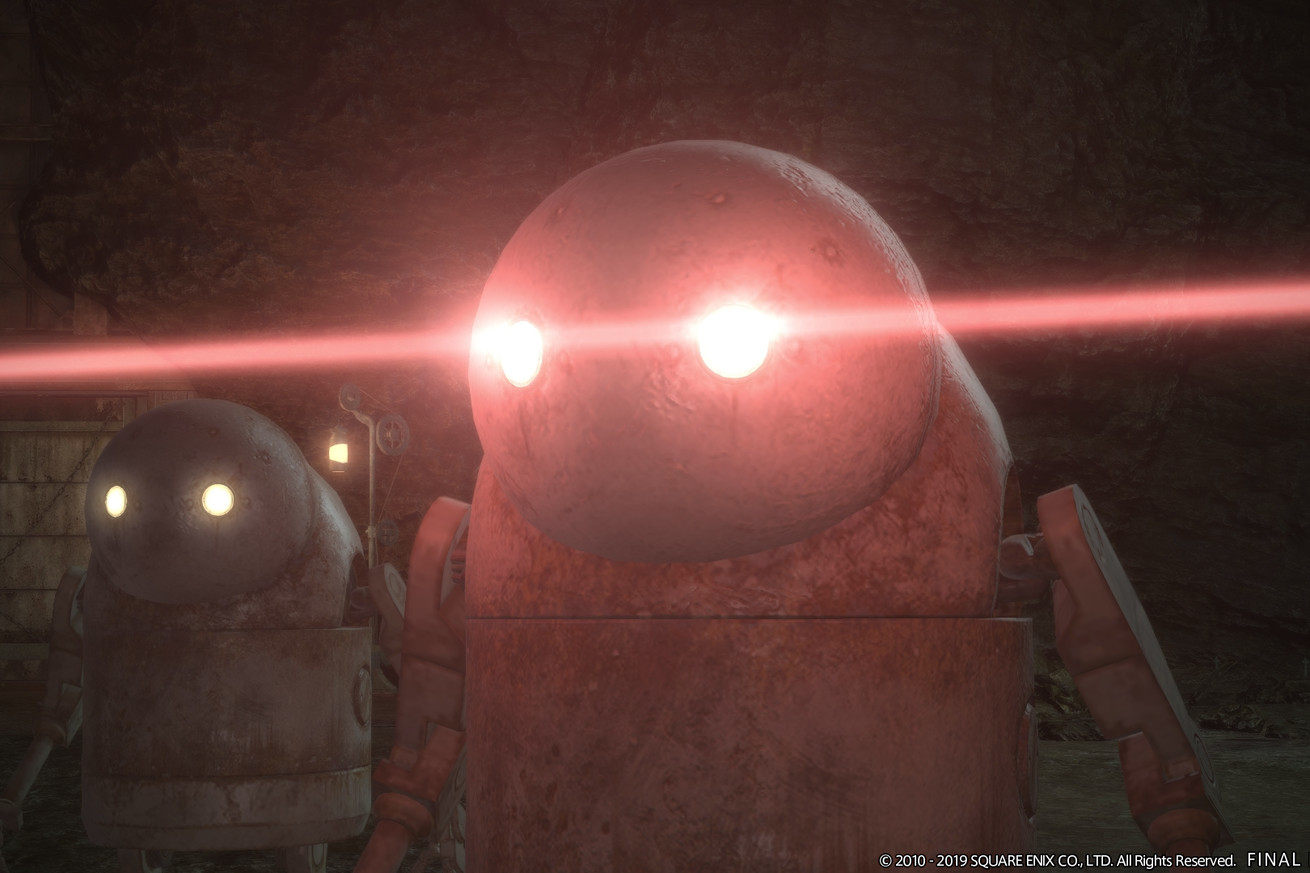 There is concern that Yoko Taro might destroy Final Fantasy XIV. And given the Nier: Automata director’s track record of endings to his games requiring players to erase all of their saved data, you can understand why.

It was during the reveal of the MMO’s third expansion, Shadowbringers, last February when it was announced that Yoko Taro would be helping to create a quest line that would cross over the worlds of Nier: Automata and FFXIV. In a video message that was part of the announcement, Yoko Taro and Automata producer Yosuke Saito joked about what the FFXIV director’s motivations were for bringing them on board. “What is Naoki Yoshida thinking?” Saito remarked. Yoko Taro speculated: “About how to destroy Final Fantasy XIV?”