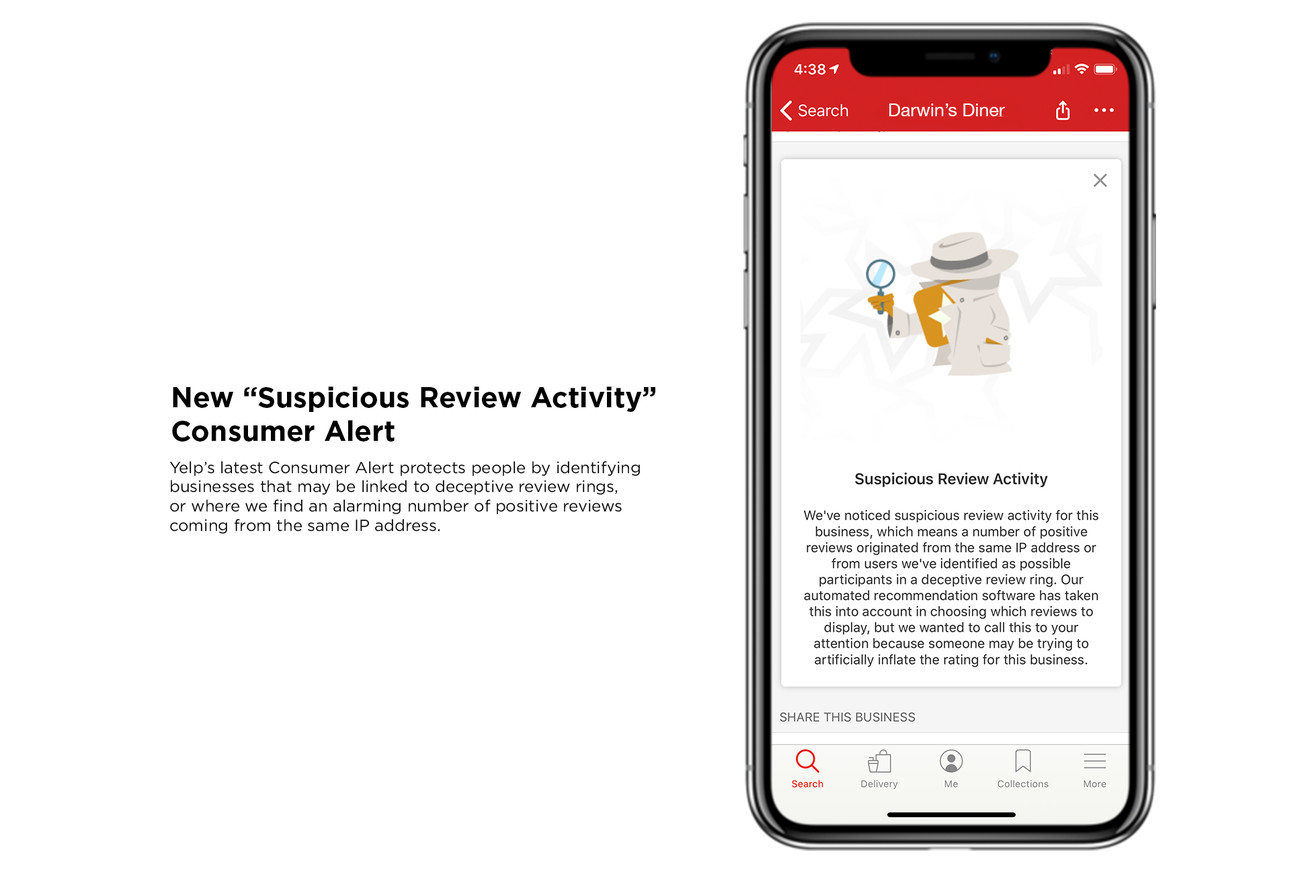 Yelp knows its credibility is only as good as its reviews, so today, it’s releasing its first Consumer Alerts Report, which details incidents in which Yelp’s team intervened to cut off fraudulent reviews or activity. The report shines a light on behavior that one would likely expect happens on a review site — people trying to game the system — but only focuses on successful cases where either Yelp’s human team or software detected abnormal behavior. The result of the detection is sometimes closed user accounts, but more frequently, a “consumer alert” placed on business’ pages. The company also just launched “suspicious review activity” badges this year, which is meant to indicate when it thinks reviews are associated with fake review…