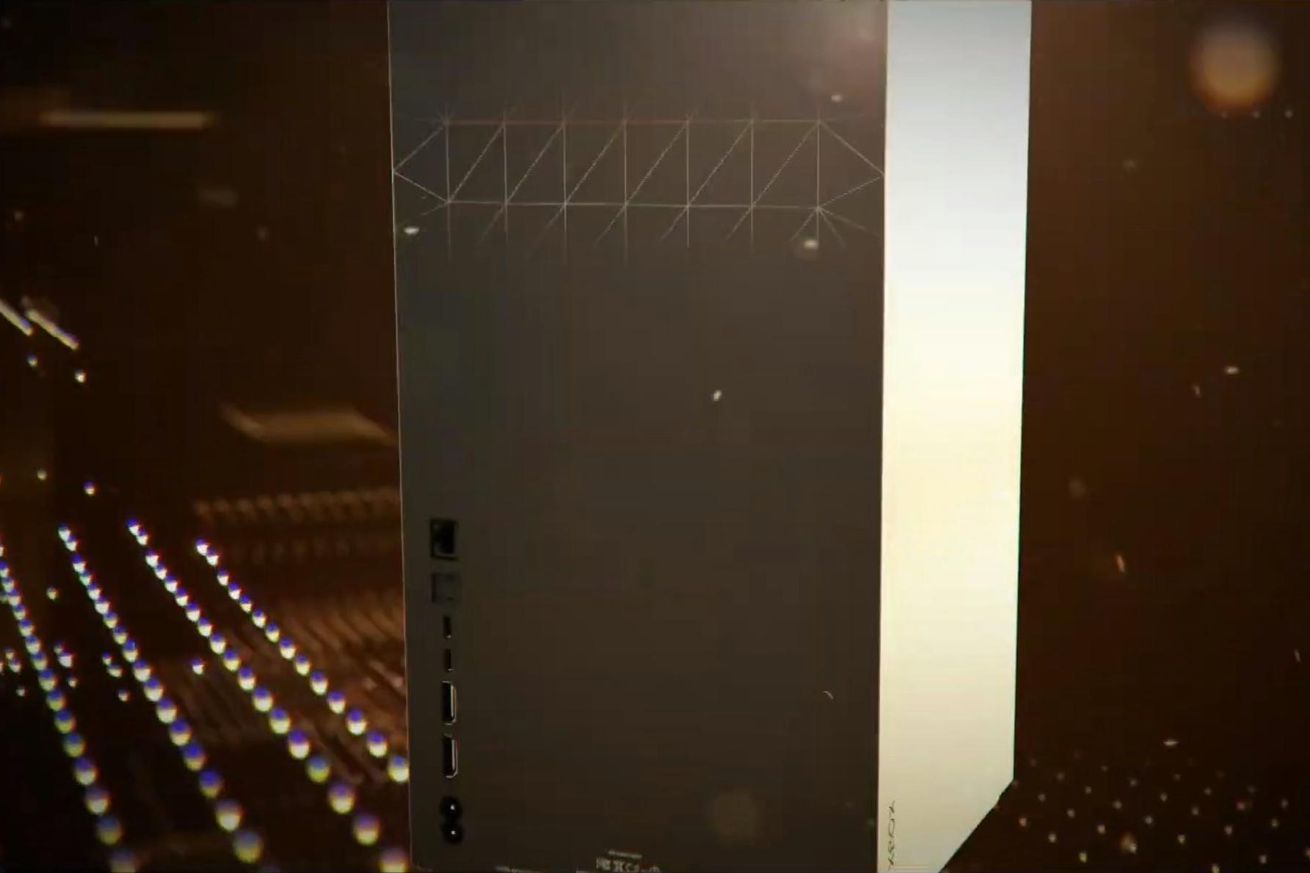 Microsoft revealed its Xbox Series X console last month, but the company strangely didn’t show off the rear of the device. During AMD’s CES keynote today, the chipmaker revealed the rear of the Xbox Series X briefly, showing off all of the connectivity ports. While many were wondering if Microsoft would drop its dual-HDMI ports from the Xbox One, there will clearly be two HDMI ports on the Xbox Series X. It’s not clear if Microsoft will continue to use these HDMI ports to support pass-through of cable TV boxes, though.

Microsoft is also including two USB-C ports, an Ethernet port, and optical out. Microsoft doesn’t appear to be using USB-A at the rear of the Xbox Series X, but the company is including a traditional USB port at the front….