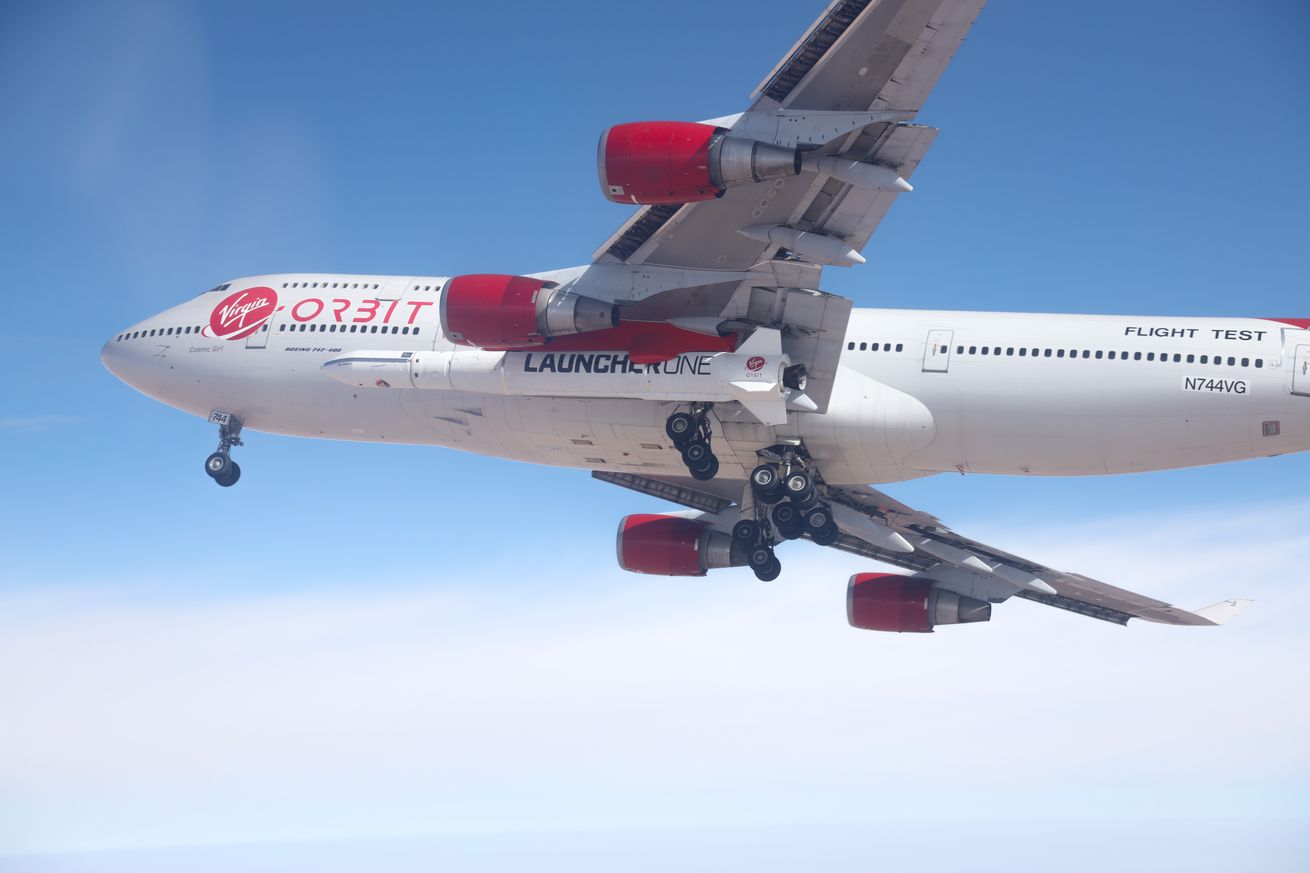 This morning, Virgin Orbit — the spinoff company of Richard Branson’s space tourism venture Virgin Galactic — dropped a small test rocket from an airplane over Southern California where it slammed into the ground. The rocket’s plunge to the earth was part of a major flight test for Virgin Orbit that will pave the way for the company’s first launch to space later this summer.

This morning’s event was known as a drop test, and it was meant to see if Virgin Orbit’s fledgling rocket system behaved as expected. For the last four and a half years, Virgin Orbit has been developing a new small rocket called LauncherOne, which is designed to put satellites the size of washing machines into low orbits around Earth. But unlike most other commercial…

from The Verge – All Posts https://ift.tt/2YJjOLn
via IFTTT