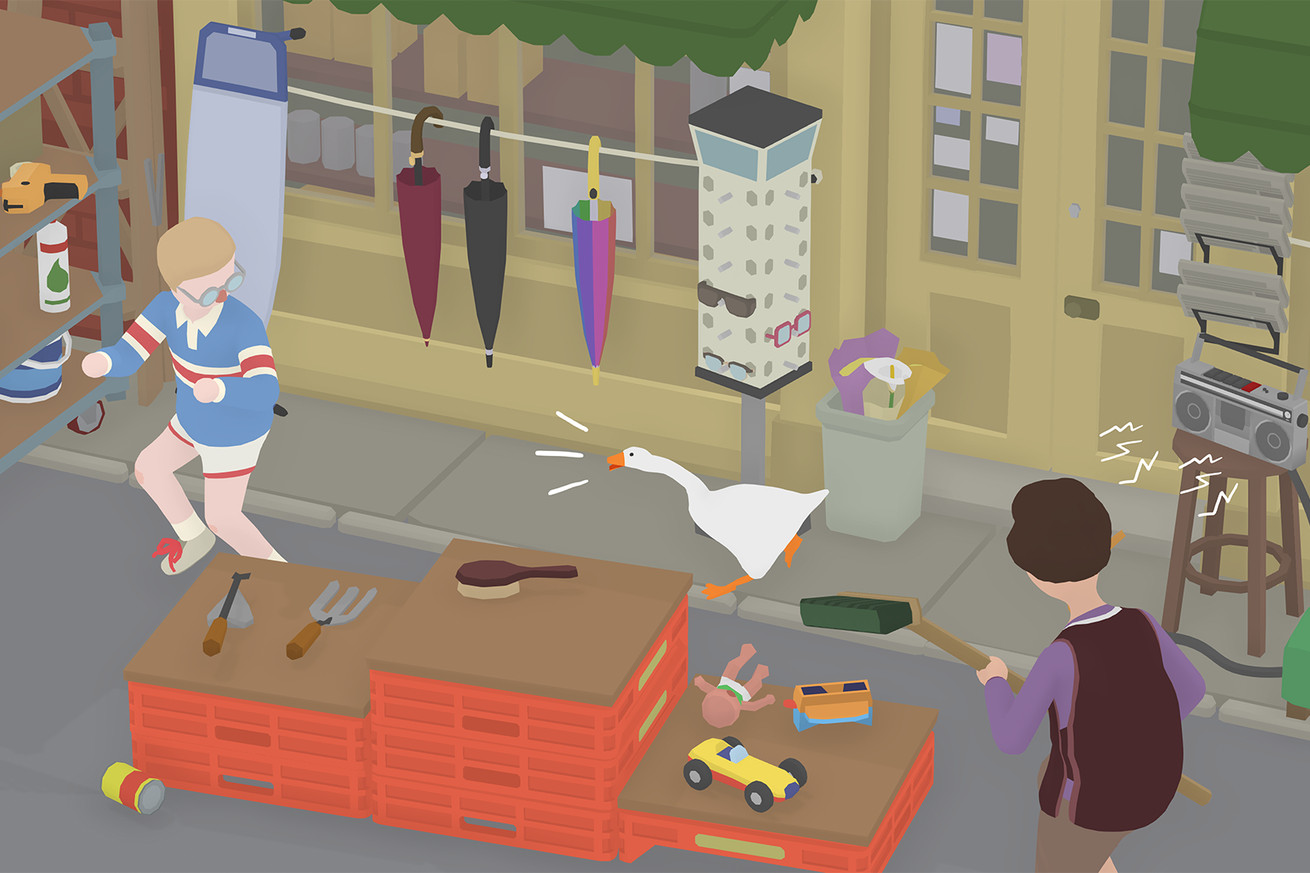 The goose can’t be stopped. The breakout hit Untitled Goose Game, which was previously available on PC and the Nintendo Switch, is now on its way to the PlayStation 4 and Xbox One. The somewhat-delayed PS4 port — caused, no doubt, by a troublesome goose — will be available on December 17th. Meanwhile, the game will also be coming to Xbox Game Pass next week, according to Microsoft.

The game became a surprise hit back in September, thanks to its playful nature and unusual premise, in which you play a goose that spends its time messing around with villagers in a small town. There’s even a dedicated button just for honking at people. Here’s how The Verge’s Dami Lee described the game in her review:

You can duck, run, grab things with your…