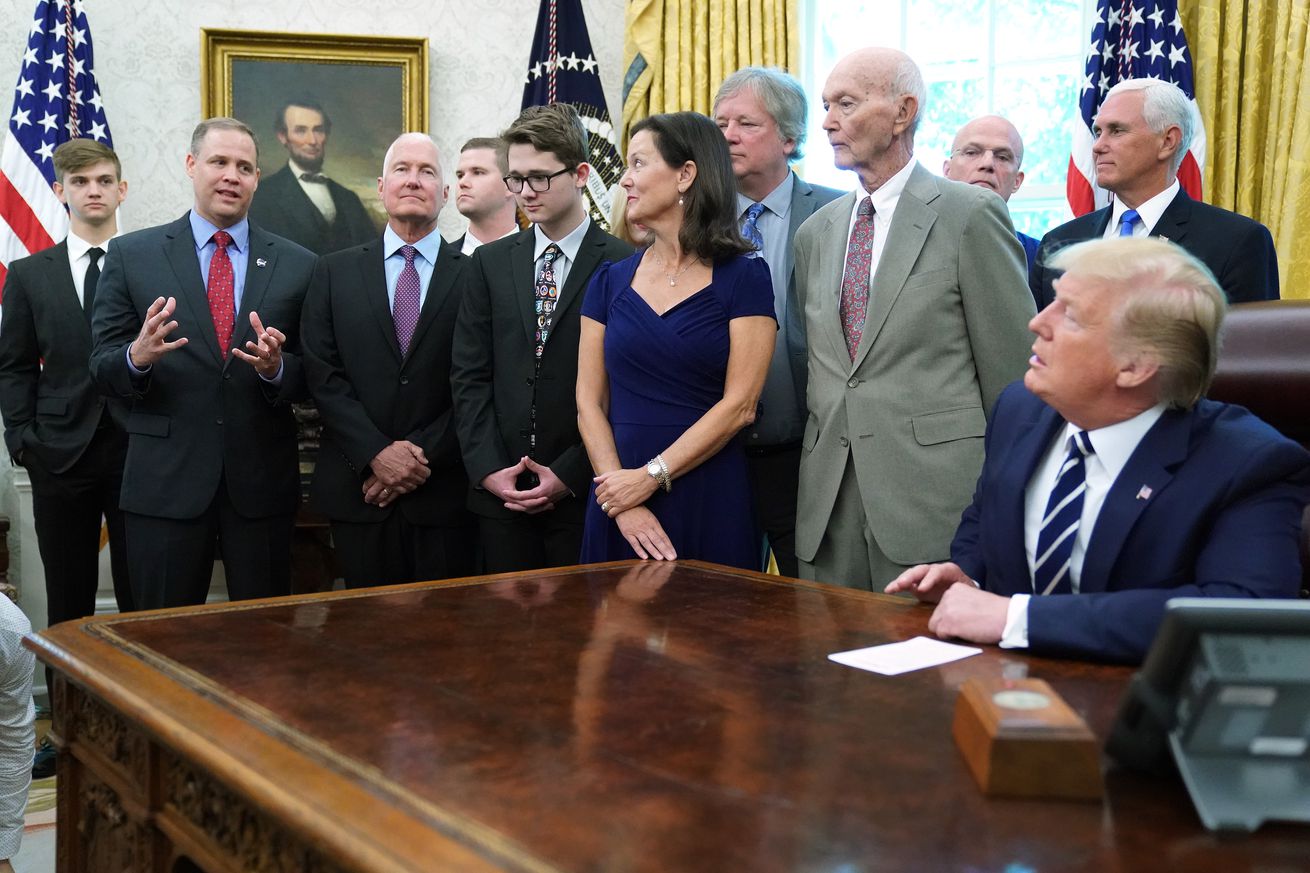 On Friday, President Trump commemorated the 50th anniversary of Apollo 11 with a photo opportunity in the Oval Office, where he spent a lot of time questioning his administration’s own policy for deep space human exploration. Surrounded by NASA officials, Moon walkers, and lawmakers, Trump repeatedly asked NASA’s administrator, Jim Bridenstine, why astronauts couldn’t go straight to Mars instead of going to the Moon first.

“To get to Mars, you have to land on the Moon, they say,” Trump asked Bridenstine, according to a recording provided by Politico. “Any way of going directly without landing on the Moon? Is that a possibility?”

“Any way of going directly without landing on the Moon? Is that a possibility?”

Bridenstine, who was standing…

from The Verge – All Posts https://ift.tt/32zHxjv
via IFTTT