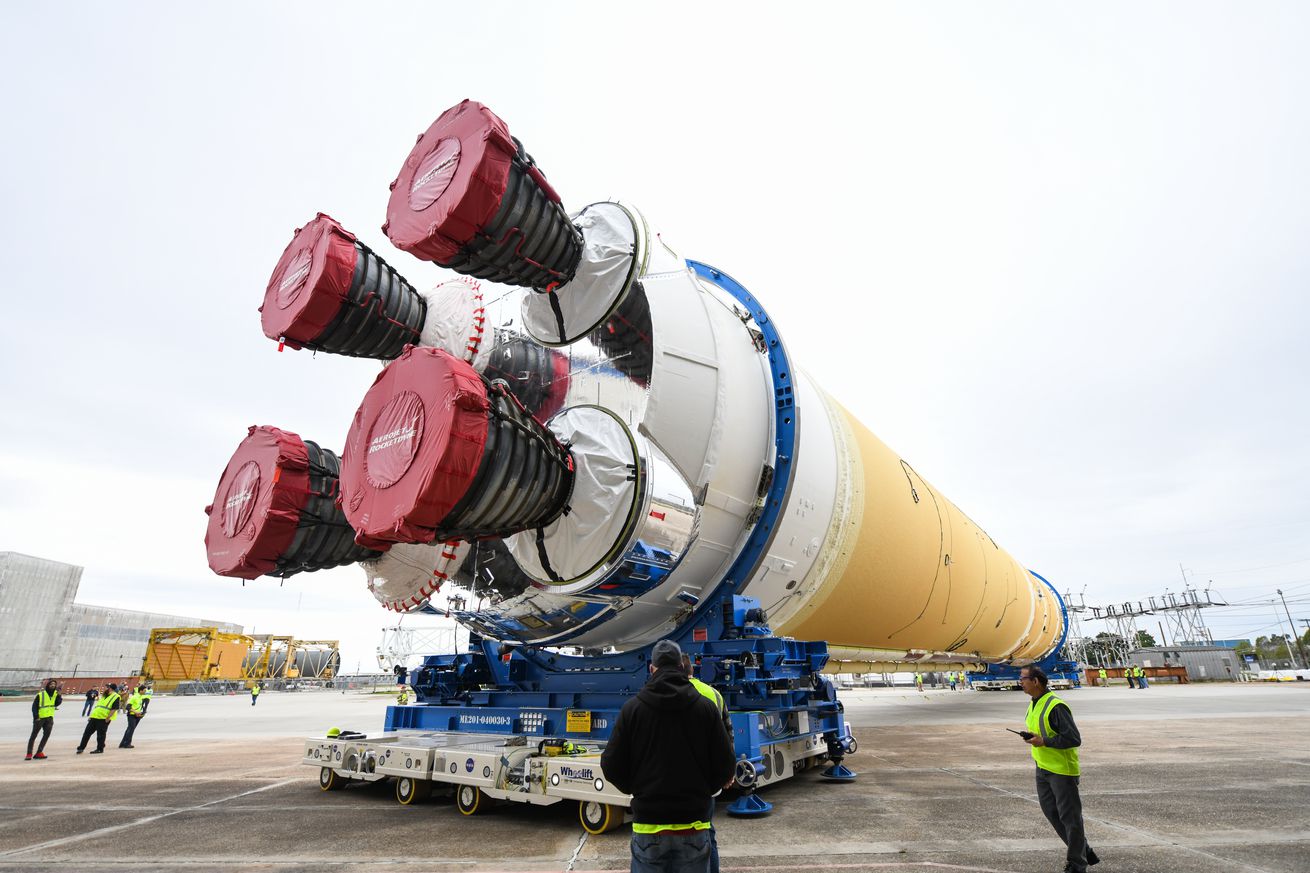 The core of NASA’s Space Launch System, which was recently completed earlier this year | Image: NASA

President Trump is requesting a 12 percent increase to NASA’s budget for next year to help ensure the agency sends humans back to the surface of the Moon by 2024. The administration’s proposed budget, released today, provides NASA with $25.2 billion for fiscal year 2021, a major increase over the $22.6 billion the agency received this year.

If enacted as is, the budget would be the largest financial bump the space agency has received in decades. Nearly half of the budget — $12.3 billion — would go toward funding NASA’s Artemis program, the ambitious plan to put the first woman on the lunar surface within the next five years. Nearly $3.4 billion of that would be invested in developing new commercial landers to take humans to and from the…