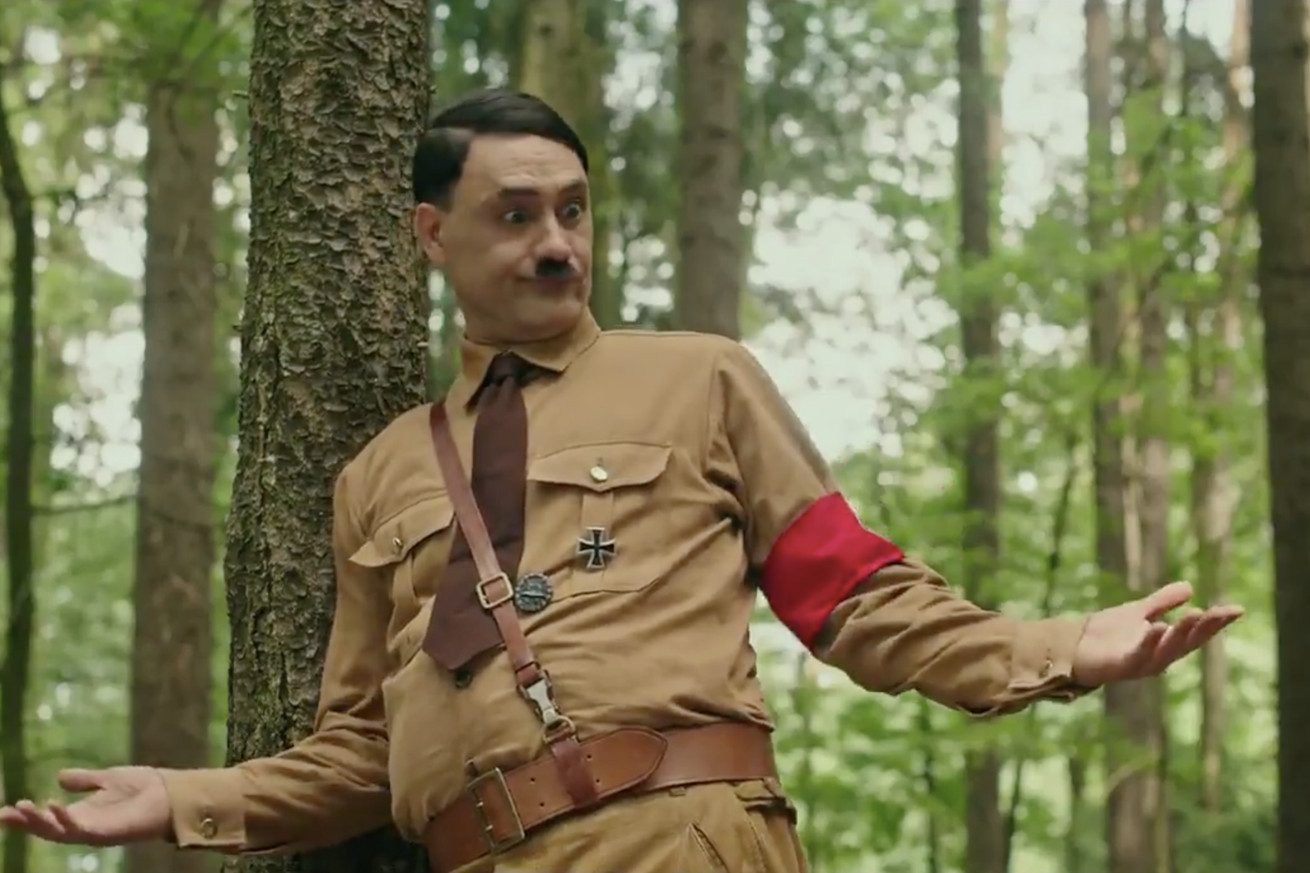 The first trailer for Jojo Rabbit, the new “anti-hate satire” from director Taika Waititi (Thor: Ragnarok, What We Do in the Shadows, Hunt for the Wilderpeople), has arrived. It follows a young boy who befriends an imaginary Adolf Hitler, and it’s pretty bonkers.

The trailer is relatively short, coming in just under a minute, but that’s all it really takes to get a taste of Waititi’s new story. The trailer introduces a young boy named Jojo who creates an imaginary friend after being bullied. That friend is Hitler, played by Waititi (who often stars in movies he writes and directs). The only thing we don’t get much sense for is the bigger story arc. The movie is set during World War II, and Jojo discovers his mother is hiding a young…

from The Verge – All Posts https://ift.tt/2JL7uFi
via IFTTT