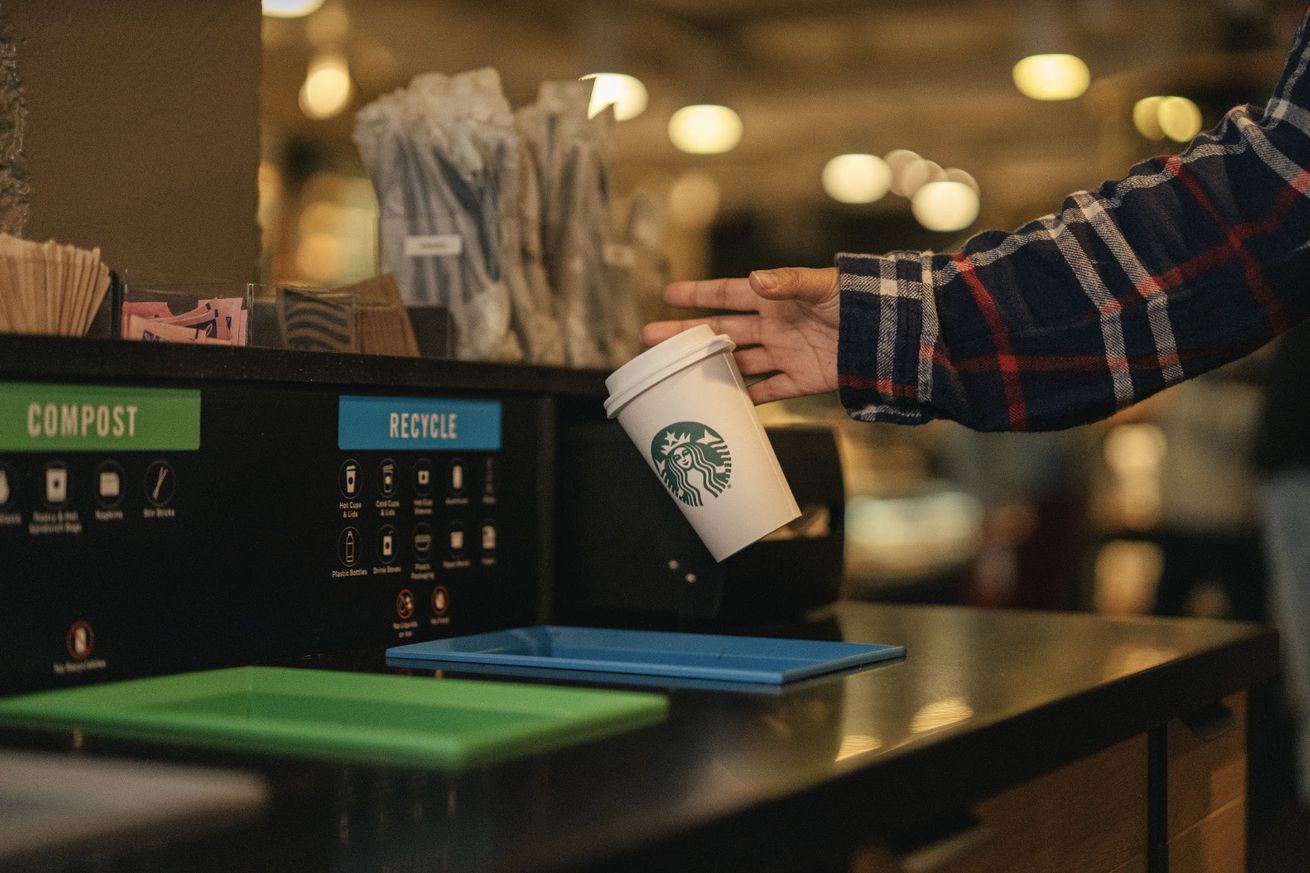 Starbucks is testing a prototype cup with a biodegradable liner in some of its stores. As first reported by The Wall Street Journal, the cup is making its debut at Starbucks locations in London, New York, San Francisco, Seattle, and Vancouver.

The coffee company considered 12 prototypes before picking the BioPBS liner. The coating is made out of renewable material, which is melted and spread on to paperboard before being used for the new cups, according to the WSJ.

The prototype cup is recyclable and compostable, and it could allow Starbucks to move away from the plastic cup liners that adhere to paper cups, keeping the cups from leaking but making…