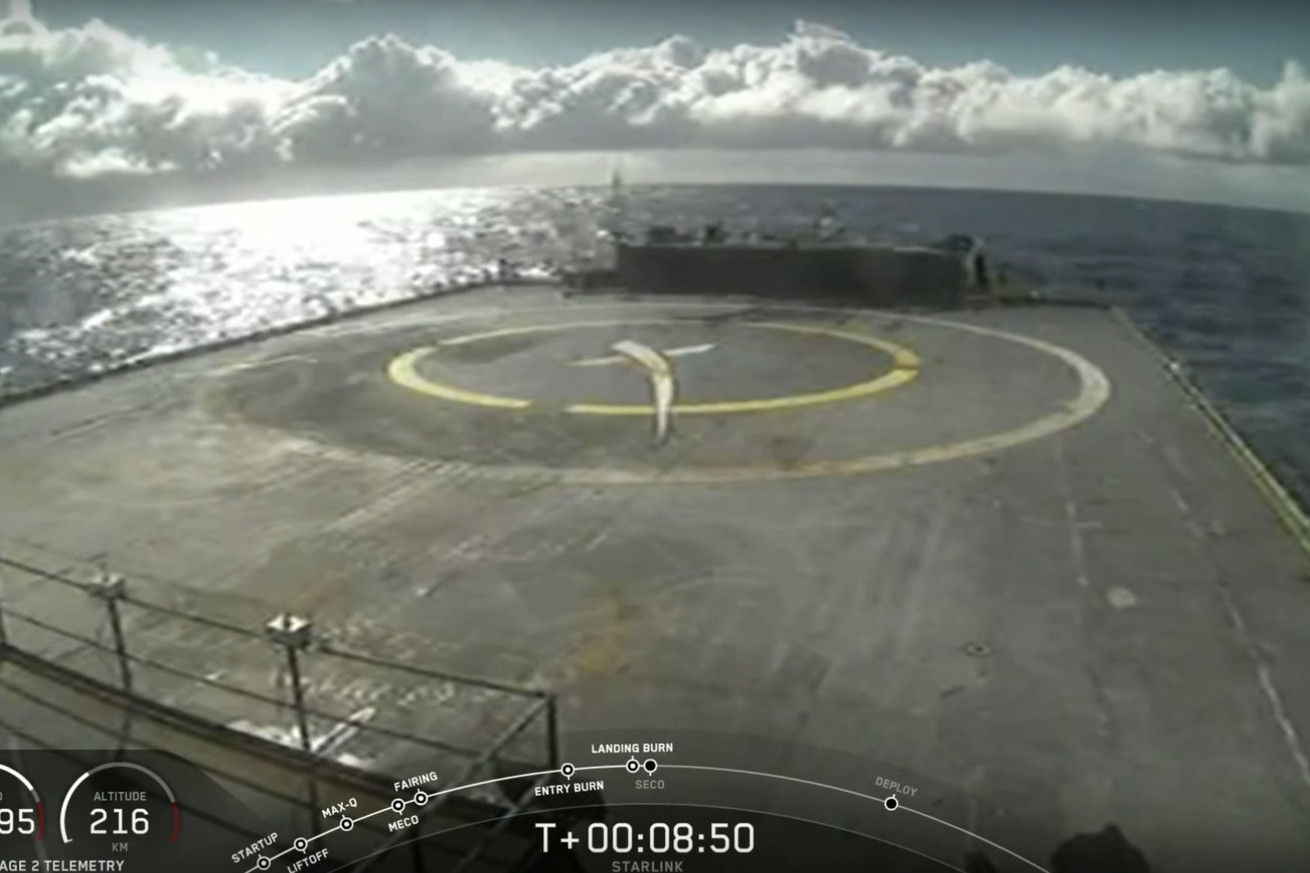 SpaceX successfully launched a new batch of its Starlink satellites on Monday morning, but the first stage of the Falcon 9 rocket that put them in orbit missed its landing on a floating platform at sea. It’s the first time that’s happened in almost four years; the last time Falcon 9 booster failed to land on one of SpaceX’s drone ships was in June 2016.

To be sure, SpaceX has lost a few rocket boosters since then. The company has lost the center core of the three-core Falcon Heavy two out of three times in that rocket’s first few launches. A Falcon 9 booster also missed the landing pad at Cape Canaveral in December 2018, spiraling into the sea instead after a failure with one of the gridded fins that stabilize its descent. SpaceX has…