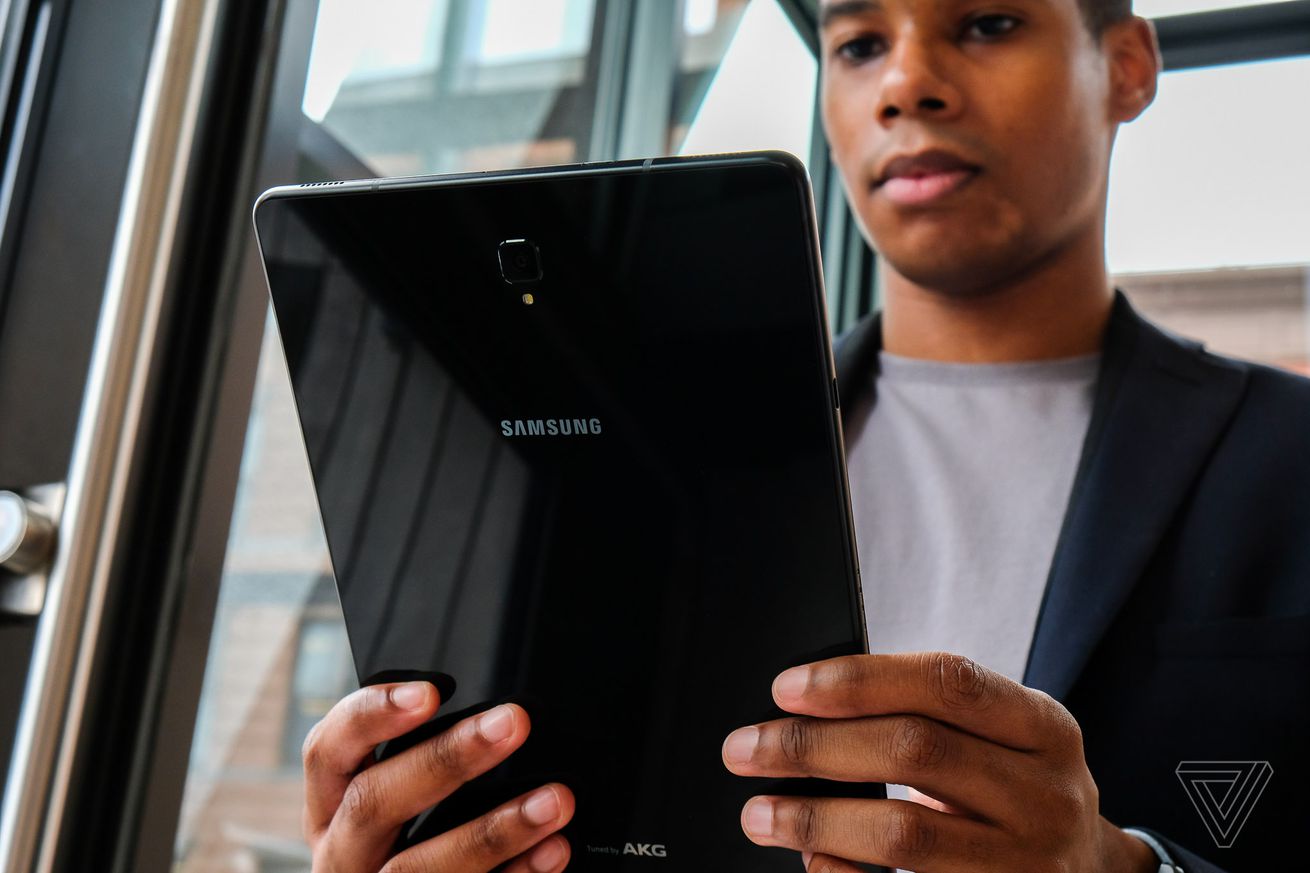 A few short months after Samsung released the Galaxy Tab S5E, leaked images suggest that it’s preparing to launch a successor, the Samsung Galaxy Tab S6. According to SamMobile, the tablet will include a new S Pen that can wirelessly charge from the tablet while it’s magnetically attached to it. However, unlike the iPad Pro, which uses a similar trick to charge a side-mounted Apple Pencil, it looks like the S Pen will attach to the rear of Samsung’s tablet.

91Mobiles claims that the Tab S6 will be the first tablet to feature an in-display fingerprint sensor. We thought Samsung’s first attempt at an under-display fingerprint wasn’t great when it debuted on the Galaxy S10 and S10 Plus earlier this year, so hopefully the technology has been…

from The Verge – All Posts https://ift.tt/2Lfp2eM
via IFTTT