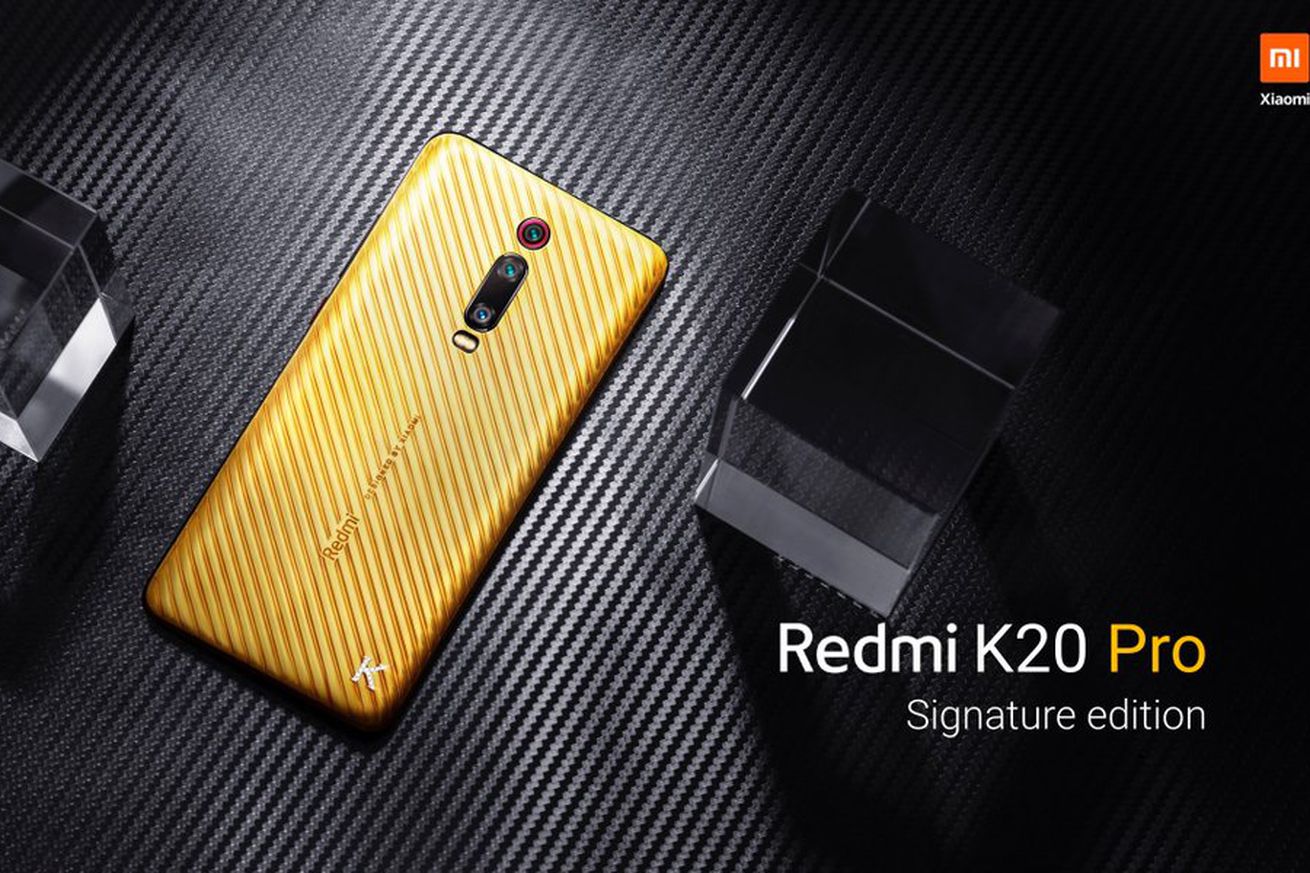 Redmi India has announced a special edition of its upcoming K20 Pro that’s literally made out of gold. The Xiaomi sub-brand plans to produce just 20 of the handsets, and will sell them in India for ₹4,80,000 (around $7,000) each. This isn’t just a gold-plated version of the existing phone though, Redmi India says that it’s actually been constructed out of gold, and it’s even used diamonds to embellish the handset.

Considering its construction, it’s no wonder that the phone costs over fifteen times more than the standard K20 Pro, which starts at just ₹27,999 (around $405). At its regular price the phone’s specs — which include a Snapdragon 855 process, 6GB of RAM, an in-display fingerprint sensor, and triple rear cameras — are decent,…

from The Verge – All Posts https://ift.tt/2LXVrpJ
via IFTTT