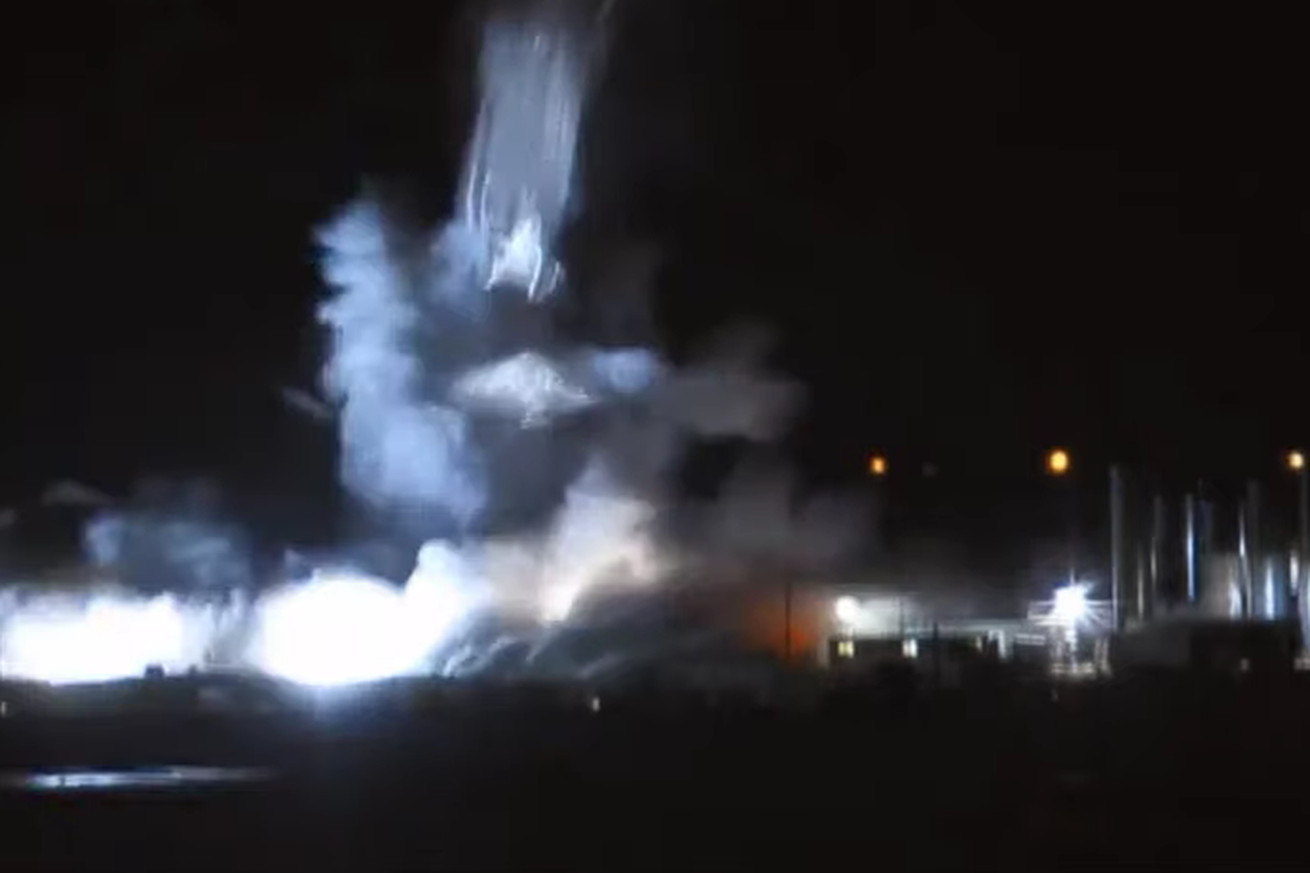 Another test of SpaceX’s next-generation rocket, Starship, ended in failure over the weekend, after a major test article imploded at the company’s facility in Boca Chica, Texas. After being filled with super-cold propellant on Friday night, a Starship test vehicle collapsed in on itself and launched up into the air before hitting the ground and breaking apart, according to video captured by locals in the area.

SpaceX CEO Elon Musk acknowledged the failure this morning, joking that the company will “just buff it out.” He blamed the incident on a “puck” at the base of the vehicle that takes on a lot of the “thrust load.” “Don’t shuck the puck!” Musk tweeted.

Video of the test site following the implosion showed the test…