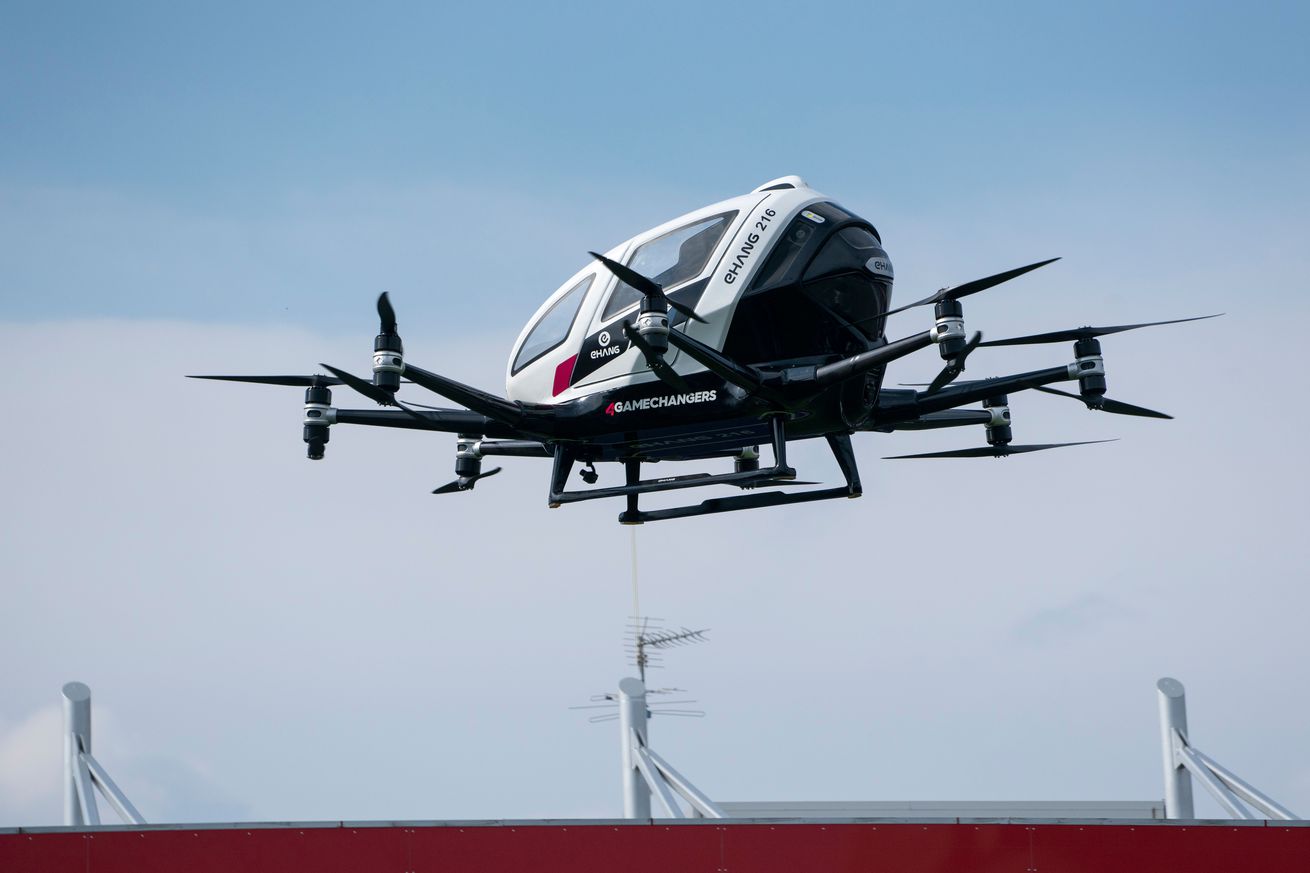 Chinese drone maker Ehang demonstrated its autonomous air taxi in the US for the first time. The all-electric two-seater took flight for five minutes above a test track south of Raleigh, North Carolina, on Tuesday afternoon, with approximately 100 people, including the state’s governor, Roy Cooper, looking on.

It represents the first time that Ehang has received permission to fly from the US Federal Aviation Administration, and it helped set the stage for it to receive approval for passenger demonstrations in the near future.

The Ehang 216, powered by 16 electric rotors, flew along a pre-planned route at over 80 mph. The aircraft weighs about 600 pounds and can carry…