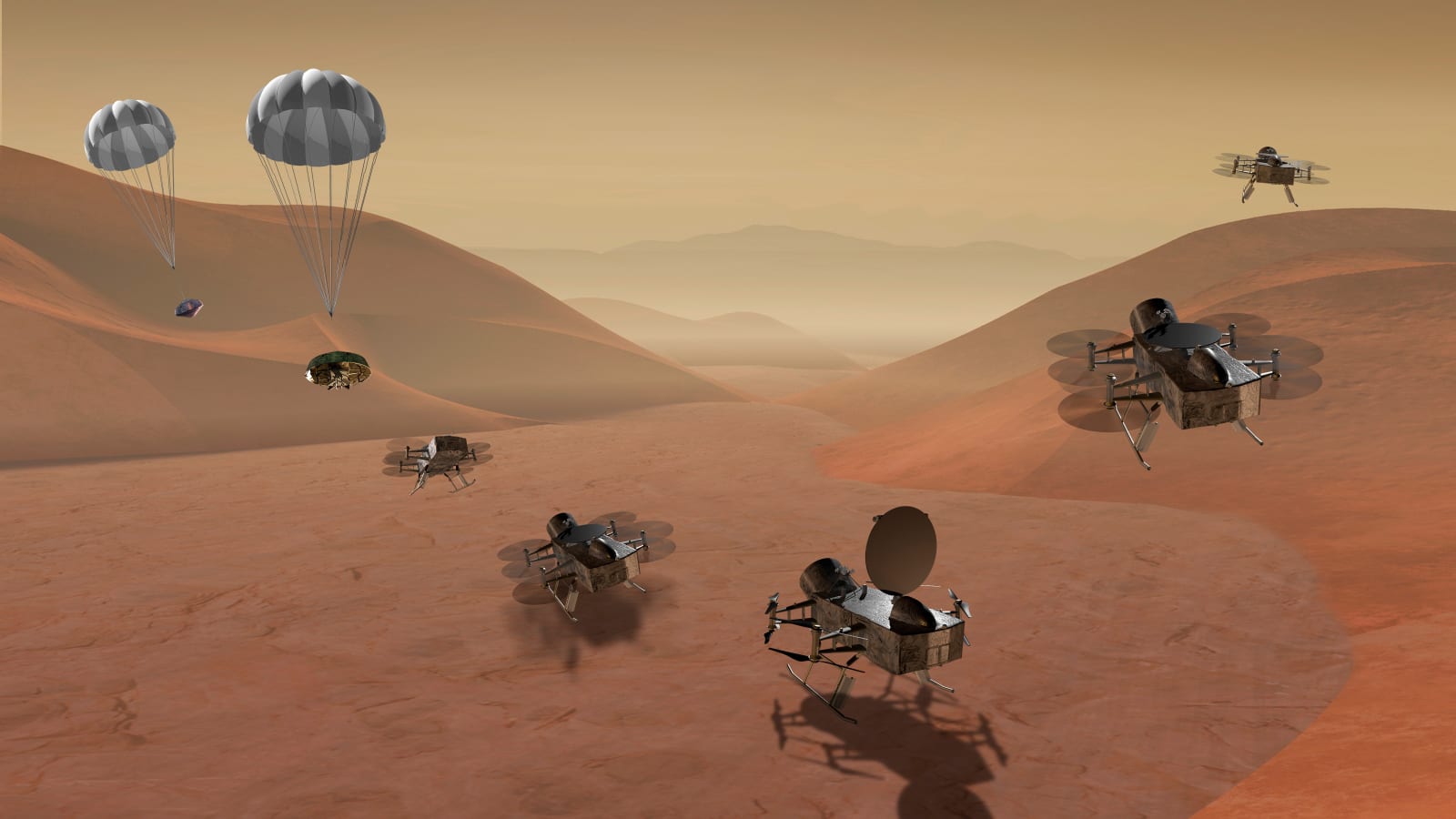 NASA announced today its next big mission to explore our Solar System. The agency has greenlit a mission called Dragonfly that will send a spacecraft to the surface of Titan, Saturn's largest moon. Dragonfly, the latest of NASA's New Frontiers progra…