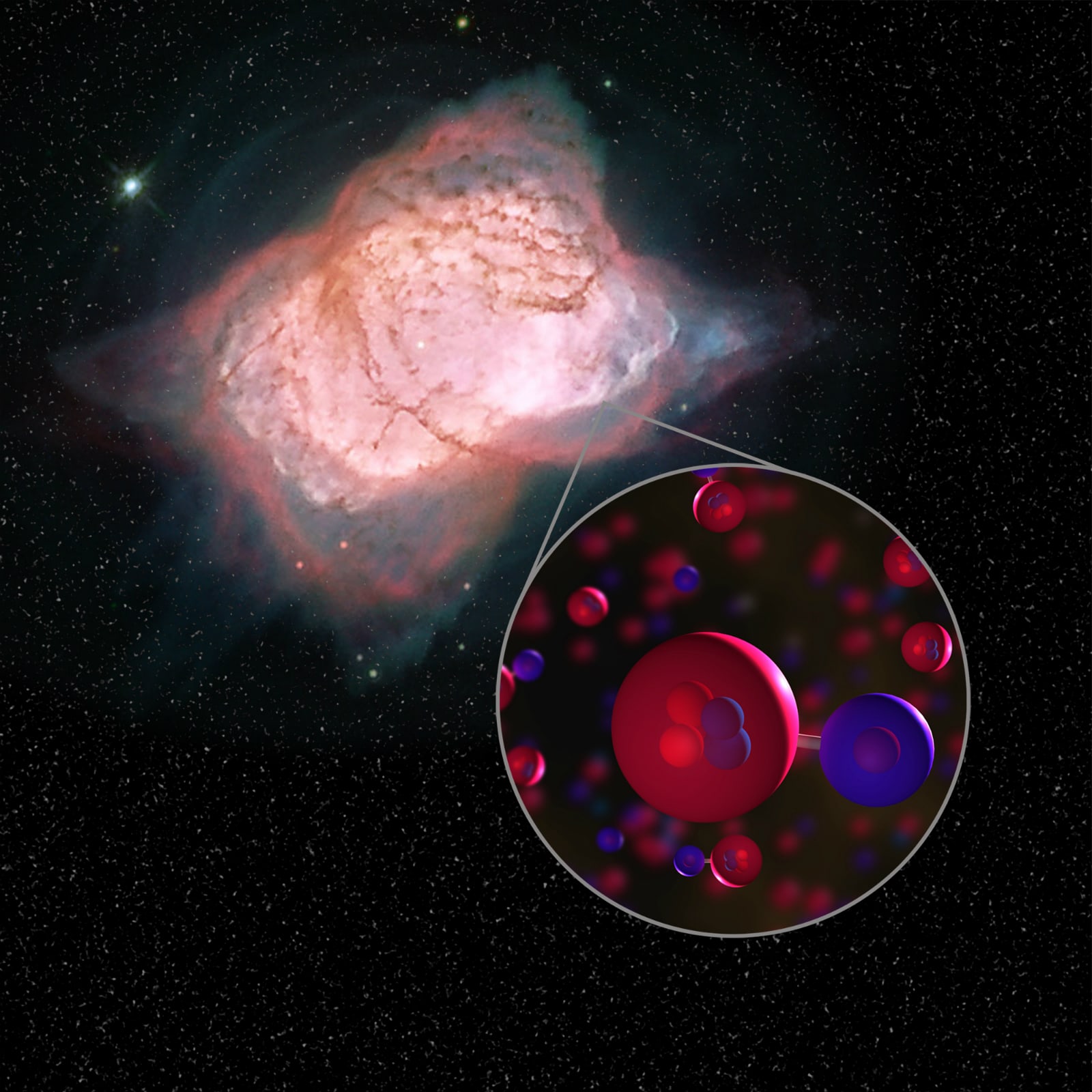 Scientists have long suspected that, around 100,000 years after the big bang, helium and hydrogen combined to form the first molecule, helium hydride. That helped the universe begin to cool and led to the formation of stars. But, despite decades of s…