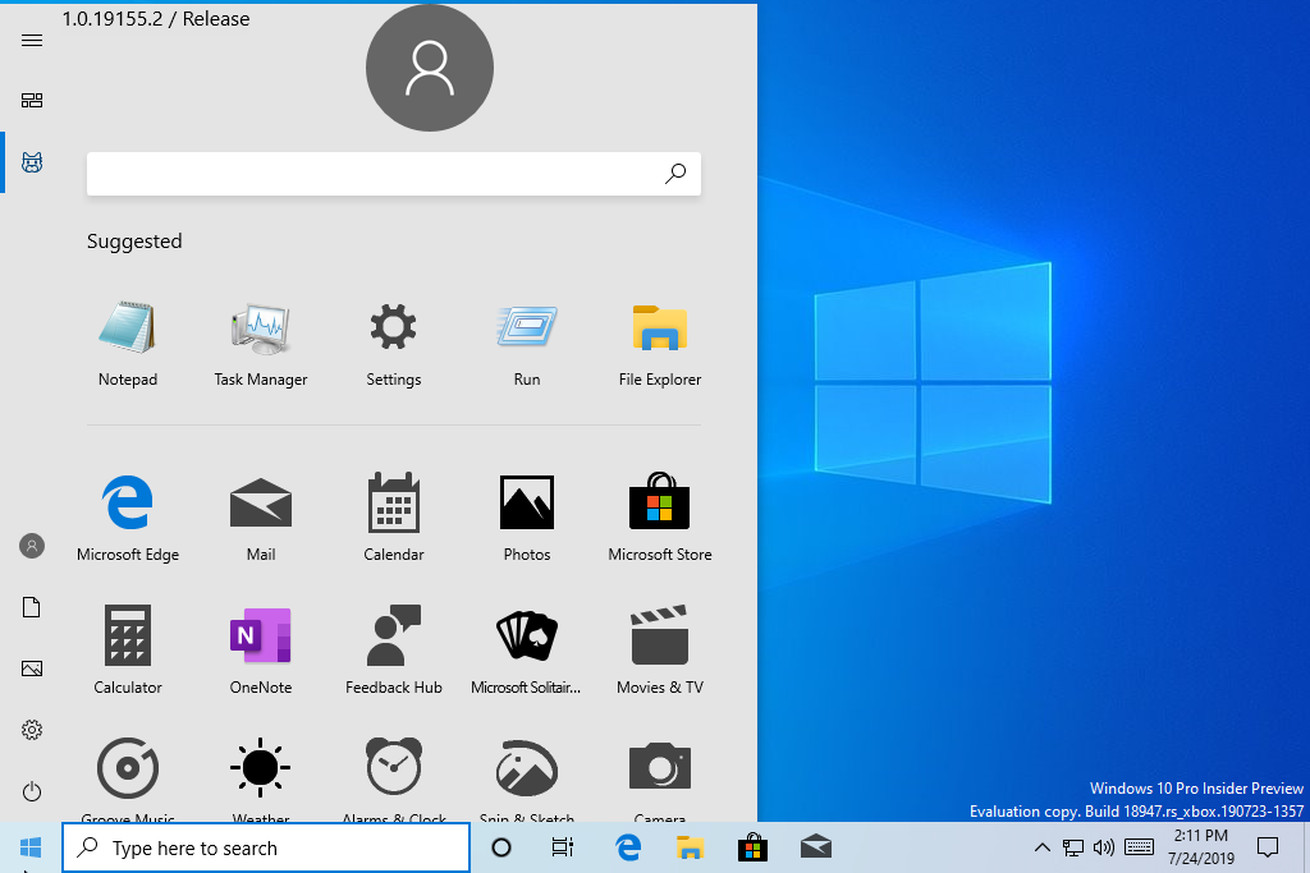 Microsoft has accidentally released an internal-only version of Windows 10 to testers. The software giant has distributed Windows 10 build 18947, meant for internal Xbox use, to Windows Insider testers using 32-bit devices. It’s an internal-only build from the company’s canary branch, and yet Microsoft has published it to all Windows 10 testers whether they’re in release preview, fast ring, or even slow ring testing.

Thankfully, it’s only released to 32-bit systems, which aren’t widely used, but it’s an embarrassing mistake for Microsoft’s Windows 10 testing efforts. This internal build appears to include a new Start menu design without Microsoft’s Live Tiles. It’s something Microsoft is testing internally, but it’s not clear whether…

from The Verge – All Posts https://ift.tt/2XZkAr2
via IFTTT