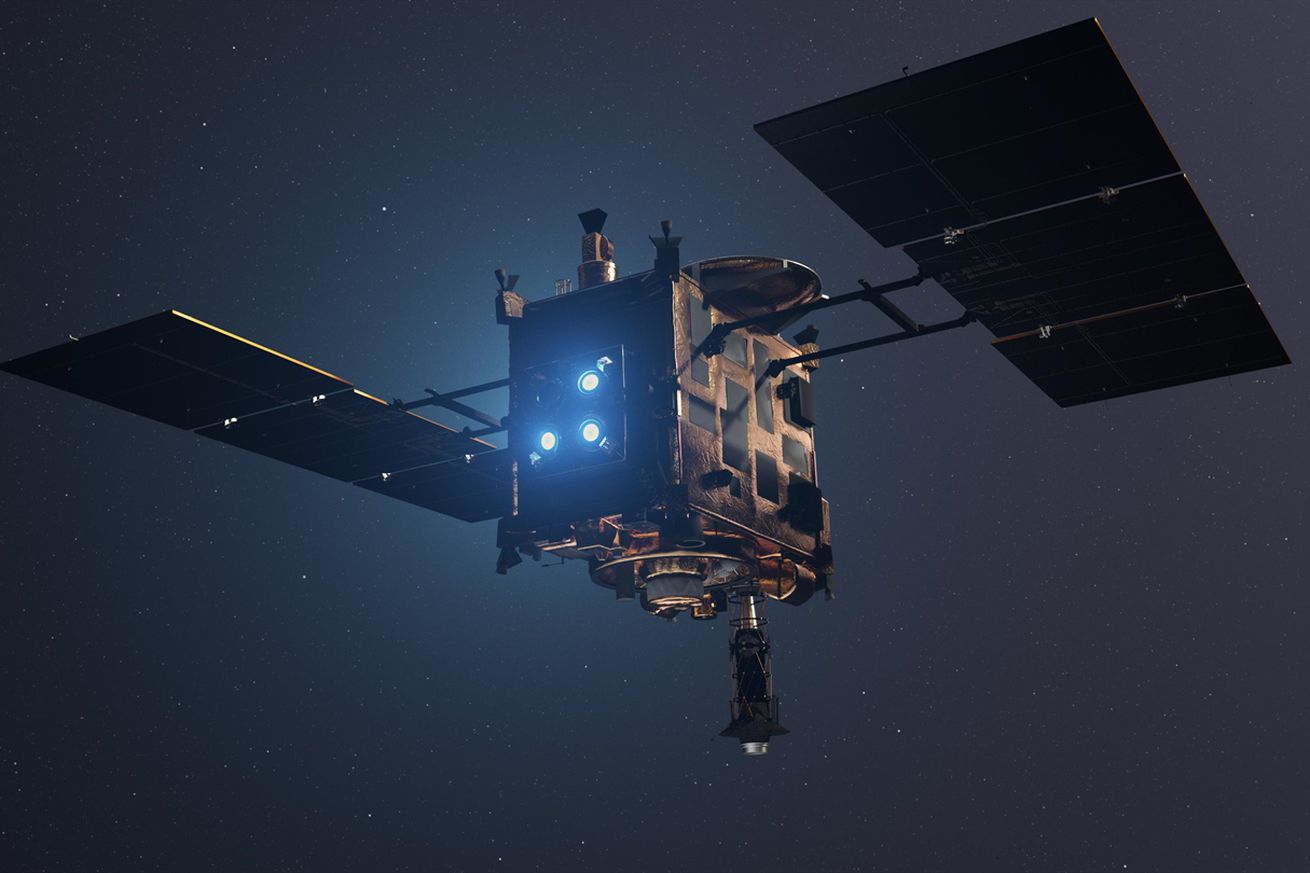 A Japanese spacecraft has snagged a sample of dust from an asteroid zooming through space more than 151 million miles from Earth. It’s the second sample that this vehicle has grabbed from the asteroid, and it’s also the last one the probe will collect before heading back to Earth this fall.

The sample-gathering spacecraft is Hayabusa2, which is operated by the Japan Aerospace Exploration Agency (JAXA). Launched in 2014, the vehicle has been hovering around an asteroid named Ryugu since arriving at the object in June 2018. Its main goal is to grab small bits of rocks and dirt off of Ryugu to return to our planet where scientists can study these pieces in labs. Hayabusa2 could have easily been done when it grabbed its first sample in…

from The Verge – All Posts https://ift.tt/32kGjZ5
via IFTTT