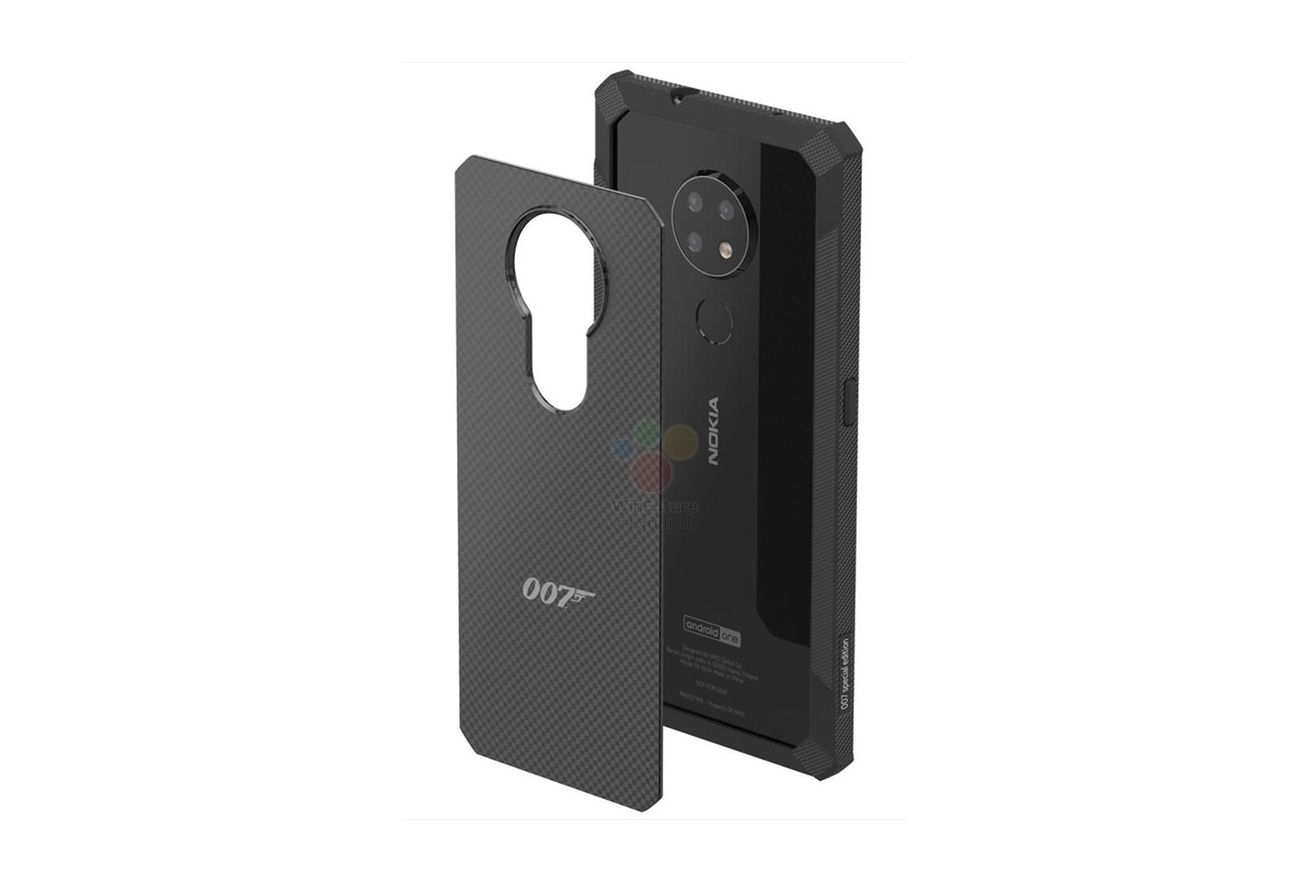 Images of what appears to be a new 007-branded Kevlar case for HMD’s Nokia 6.2 phone have leaked online, and it almost makes the midrange handset look bulletproof. The images were posted to Twitter by WinFuture’s Roland Quandt, and they show what’s almost certainly a result of the brand partnership HMD announced last week, which will also see its first 5G phone appear in the upcoming James Bond film No Time to Die. The case previously leaked in a retailer listing spotted earlier this month by NPU.

The switch to Nokia is a big move for Bond, who’s always been more of a Sony man in the past. Pierce Brosnan famously used a Sony Ericsson JB988 to control a car in Tomorrow Never Dies, for example, while Daniel Craig has used Sony Ericsson…