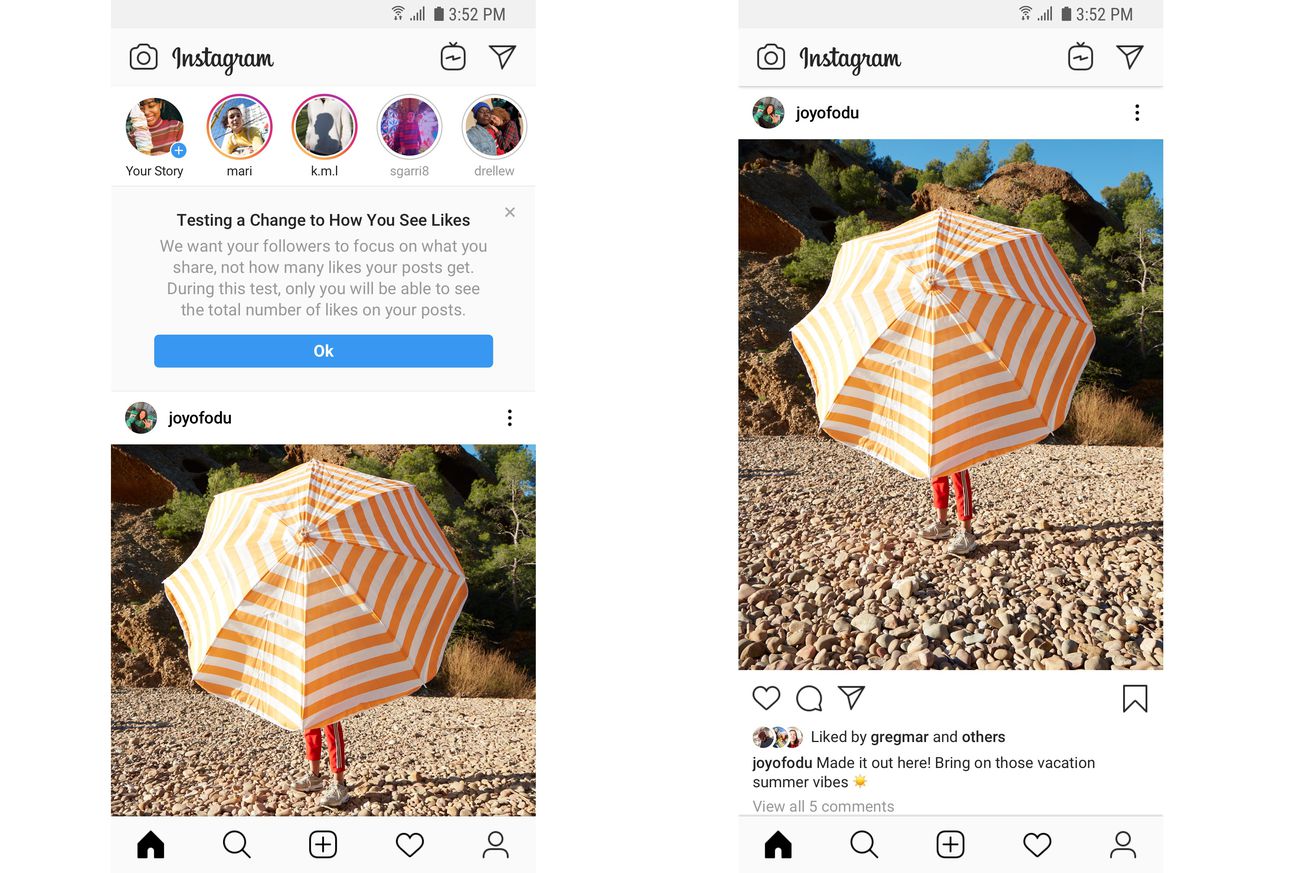 Instagram is giving more users the option to publicly hide the like count on their posts. The company announced today that it’s expanding its hidden like count test, which it first announced in May, to six more countries: Ireland, Italy, Japan, Brazil, Australia, and New Zealand. The test started in Canada, where people who were included in the test had their likes hidden by default. They had to opt out to show the likes publicly, although they can always see that like count on their own content.

The feature hides users’ public like counts on videos and photos in the Feed, on the web, and within profiles. Instagram said at the time of the initial announcement that it wants followers to “focus on the photos and videos you share, not how…

from The Verge – All Posts https://ift.tt/2LWJQao
via IFTTT