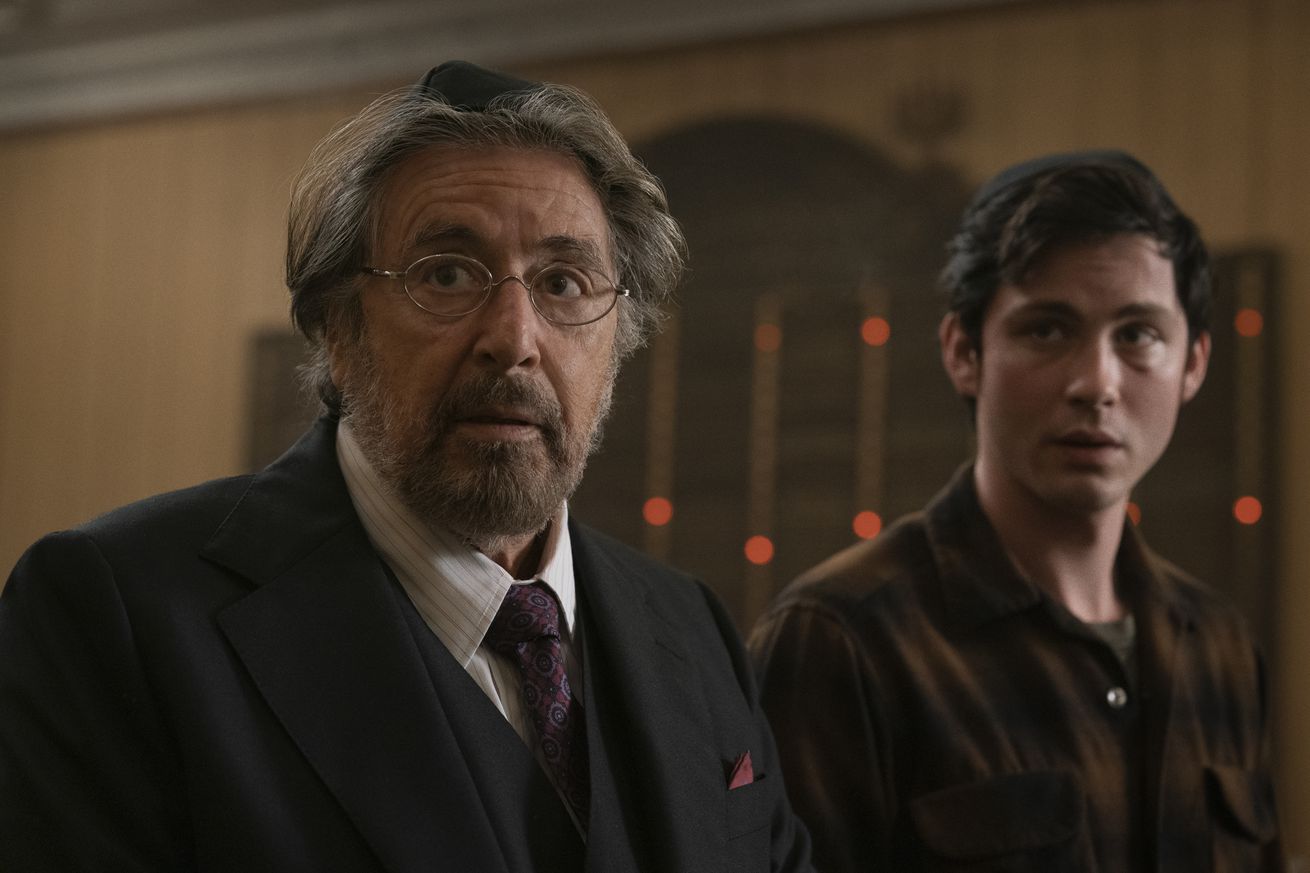 Hunters has a premise that feels like a double entendre. Amazon’s Jordan Peele-produced drama about Nazi hunters in the 1970s feels made with this specific moment when white nationalist sentiment gets parroted by government officials and in the national news. Characters are constantly saying things in a way that winkingly acknowledges the camera: Did you know the Nazis are here, among us? Did you think the war was over, or that they’d lay down their ideals of white supremacy? You have thought wrong, my friend. The delivery always sounds like a dick joke, but the dick is Nazis.

The slow-burn premiere introduces Jonah Heidelbaum (Logan Lerman), a Jewish teenager who lives in Brooklyn with his grandmother. When said grandmother is murdered…