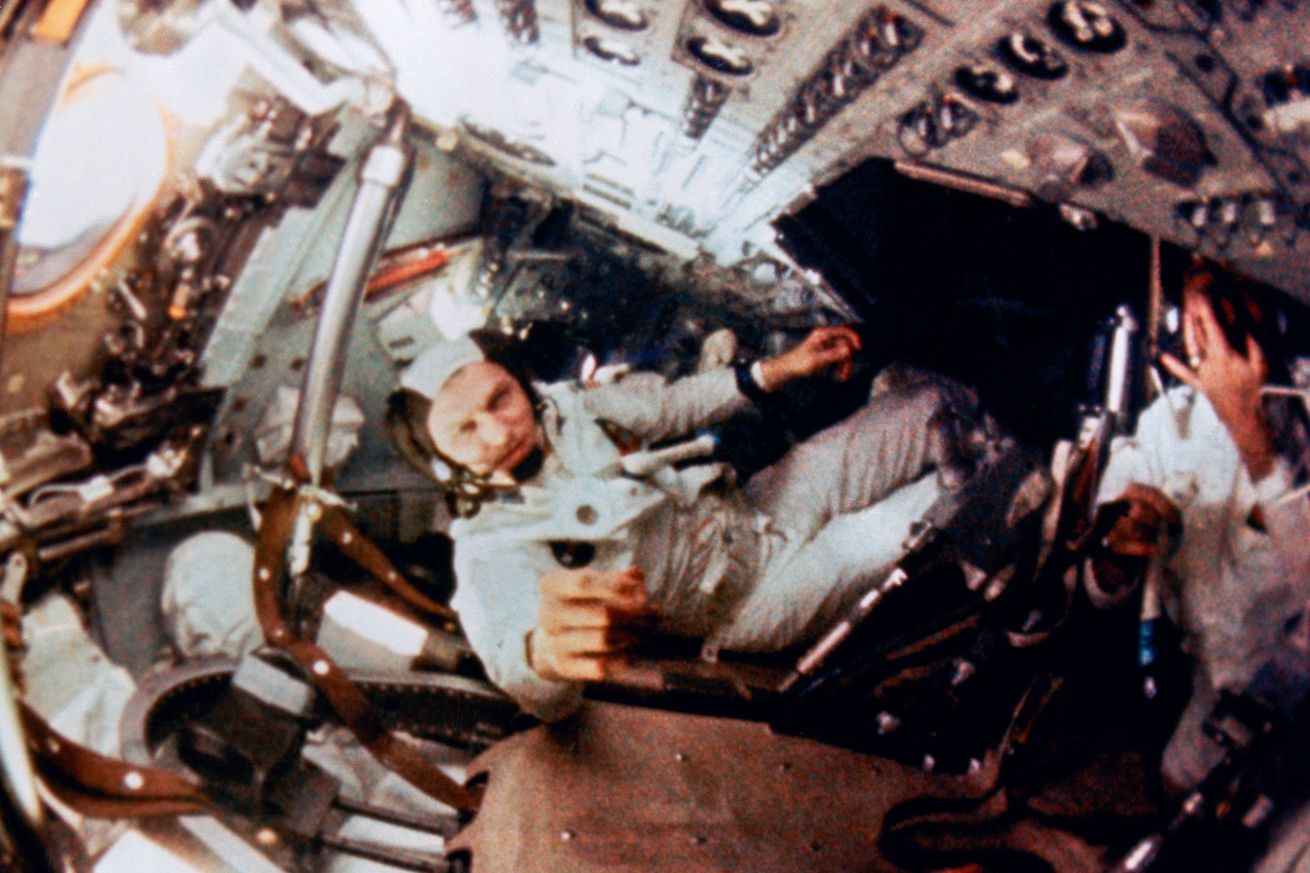 Astronaut Frank Borman, mission commander, is shown during intravehicular activity (IVA) on the Apollo 8 lunar orbit mission. This still print was made from movie film exposed by an onboard 16mm motion picture camera. | Image: NASA

Premium TV network Epix announced during its Television Critics Association panel that it was developing a six-episode miniseries about the Apollo 8 mission called Rocket Men, according to Deadline.

Epix didn’t unveil any other details, such as a projected release or cast. If it makes it into production, the show will be based on Robert Kurson’s 2018 history, Rocket Men: The Daring Odyssey of Apollo 8 and the Astronauts Who Made Man’s First Journey to the Moon, which came out last year in conjunction with that mission’s 50th anniversary last year. Set in 1968, the book explores the implications of the Apollo 8 mission against the background of the chaos that took place that year — high-profile political assassinations and riots — and…

from The Verge – All Posts https://ift.tt/2YaGuI4
via IFTTT