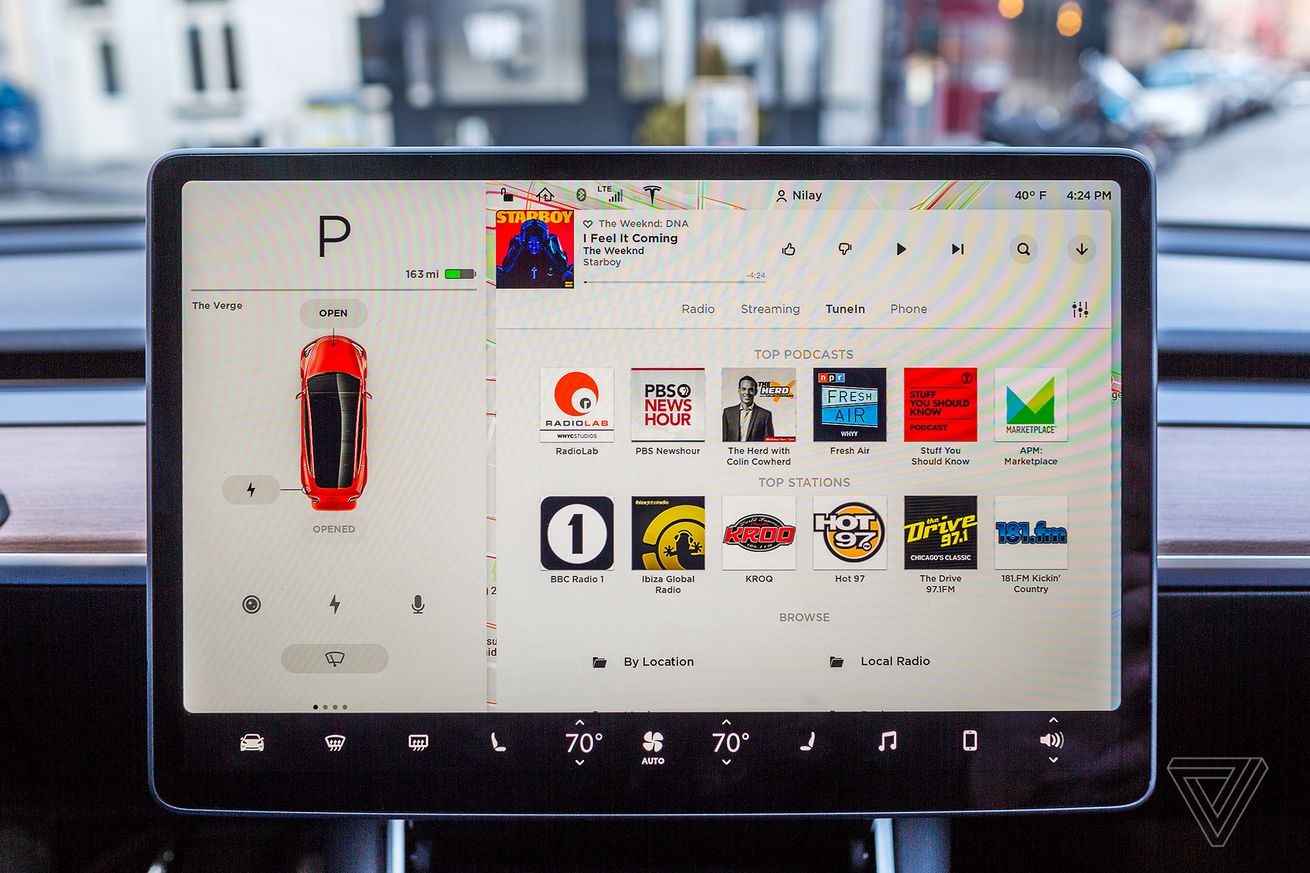 Elon Musk has long touted the potential that the in-car displays found in Teslas have for drivers: they can not only provide information, but entertainment as well. To that end, he says that the cars will soon be able to stream video from Netflix and YouTube.

The games only work while the car is parked, and players can use the steering wheel as a controller. The same is…

from The Verge – All Posts https://ift.tt/2OCW8Yz
via IFTTT