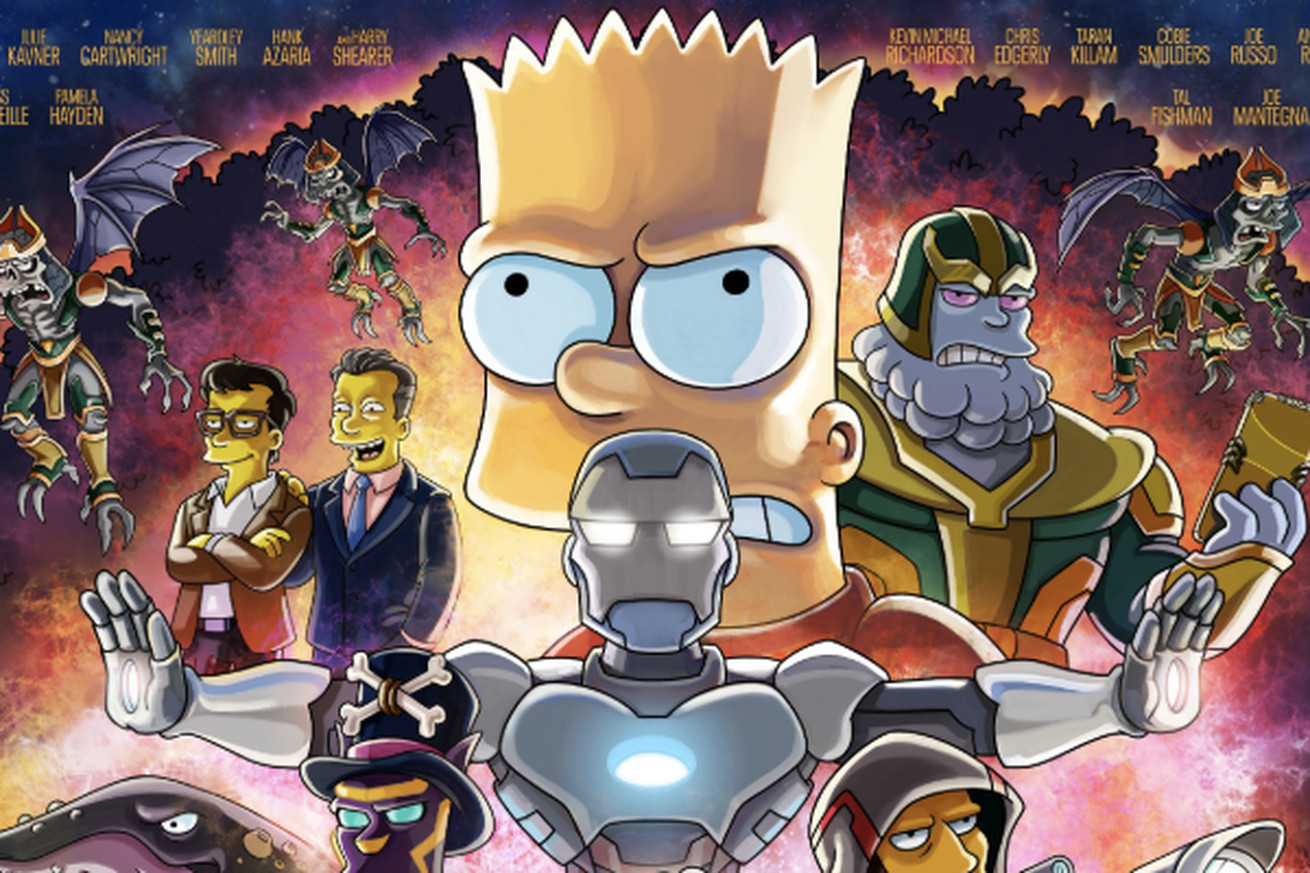 When Disney acquired 21st Century Fox for just over $71 billion last year, the company wasted no time in telling whoever would listen just how important The Simpsons would be to its future. Now, a new promotional poster for an upcoming episode of The Simpsons perfectly demonstrates just how nightmarish the corporate synergy between the different Disney divisions is.

In The Simpsons’ upcoming “Bart the Bad Guy” episode, originally announced in October, everyone’s favorite animated family will be thrown into a world Marvel Cinematic Universe fans will immediately recognize. Parodies based on popular Marvel characters, including Thanos, Iron Man, and two others who appear to be based on Gamora and Drax, are seen in the poster. It’s a…