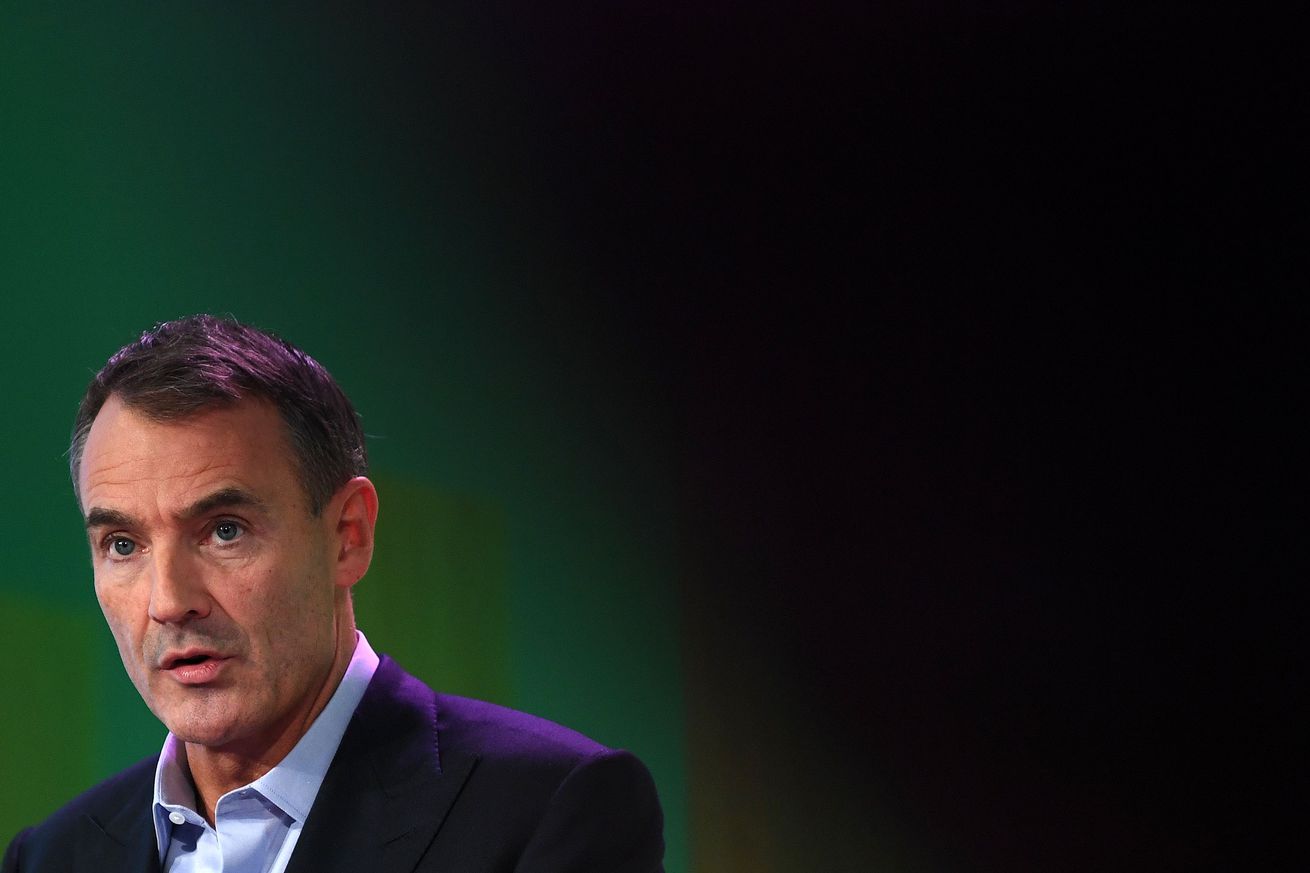 BP CEO Bernard Looney speaks during an event in London on February 12, 2020, where he declared the company’s intentions to achieve “net zero” carbon emissions by 2050.  | Photo by DANIEL LEAL-OLIVAS/AFP via Getty Images

Oil company BP says it will try to cancel out nearly all its greenhouse gas emissions by 2050. It’s still unclear how a company that sells the stuff that heats up the planet — it plans to continue pumping out fossil fuels despite this announcement — will achieve that net-zero goal.

The company says its ambition is to slash emissions from its operations and from the burning of the fossil fuels it sells. It will also invest more in alternatives to oil and gas over time, although it didn’t set out a deadline for the transition. BP also announced plans to fundamentally restructure the company in order to achieve its aims.

“Trillions of dollars will need to be invested in…