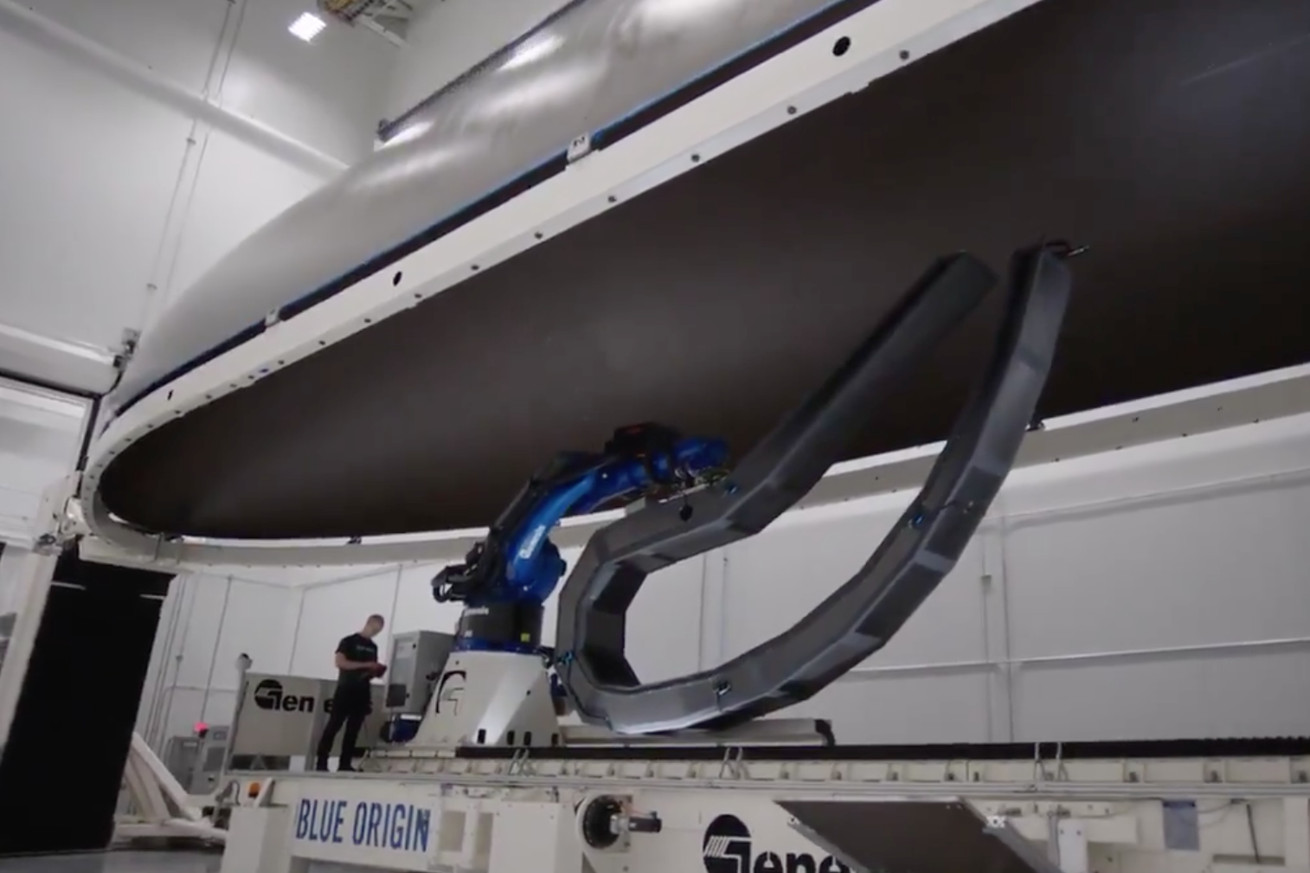 One half of the New Glenn payload fairing. | Image: Blue Origin

Jeff Bezos’ aerospace company Blue Origin has completed the first nose cone of its future orbital rocket, the New Glenn — and new video of the hardware shows the true enormity of this piece of equipment. With a diameter of 7 meters, or 22 feet, the cavernous nose cone is so giant that it can completely house Blue Origin’s smaller New Shepard rocket.

The nose cone, or payload fairing, is a crucial piece of any rocket heading to space. It sits on top of the vehicle and surrounds whatever payload or satellite the rocket is carrying, acting as a shield during the ascent through the atmosphere. Once in space, the payload breaks away and exposes the satellite so that the payload can be deployed by the rocket.

The size of a rocket’s fairing is…