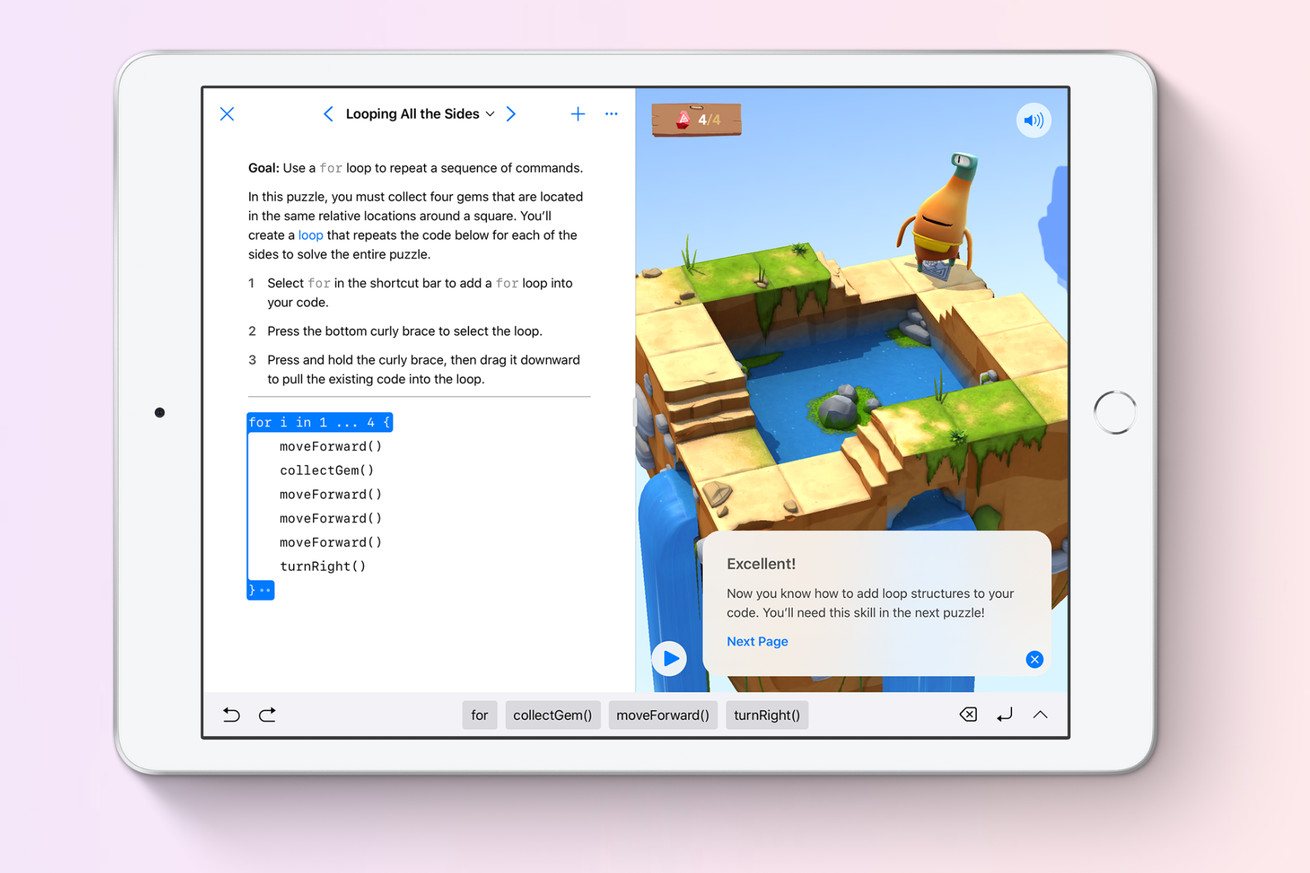 Nearly four years after it launched as an iPad-exclusive in 2016, Apple’s Swift Playgrounds app is now available for Mac as part of Apple’s Catalyst app initiative, designed to help bridge the software gap between its macOS and iOS platforms (via 9to5Mac).

The free app cleverly disguised as a video game teaches kids how to use Apple’s Swift programming language, and to maybe build apps of their own. Now that it’s on Mac, it might be easier for kids to publish those Swift apps, too; they can now use those skills on the same laptop they’d need for the company’s Xcode software. Xcode isn’t available on Apple’s tablets.

Apple’s product page also says your code will seamlessly move from iPad to Mac as you write it, and the new app comes…